The main ingredient in Tylenol can kill a personâ€™s empathy for others, according to a new study from Ohio State. 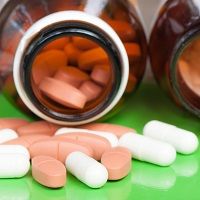 The main ingredient in Tylenol can kill a person’s empathy for others, according to a new study from Ohio State.

Acetaminophen is found in more than 600 drugs — making it the most common drug ingredient in the United States. Last year, researchers from the same school found that acetaminophen kills positive emotions — but now the focus is being put on empathy. The ingredient reduces empathy when it comes to physically, socially, or emotionally painful situations.

“Empathy is important. If you are having an argument with your spouse and you just took acetaminophen, this research suggests you might be less understanding of what you did to hurt your spouse’s feelings,” senior author, Baldwin Way, PhD, an assistant professor of psychology at Ohio State, said in a news release.

In one experiment, the team gave 80 college students drank a liquid with either 1,000 mg of acetaminophen or placebo. One hour later, the participants read eight short scenarios where someone suffered from pain. The situations ranged from someone suffering from a knife cut to someone’s father dying. Using a scale of 1 (no pain at all) to 5 (worst possible pain), the students rated the scenarios in terms of hurt, wounded, and pained. It turns out that those who had the acetaminophen mixture rated the situations as less severe than the placebo group, as described in Social Cognitive and Affective Neuroscience.

“We don’t know why acetaminophen is having these effects, but it is concerning,” Way said.

“Acetaminophen reduced the pain they felt, but it also reduced their empathy for others who were experiencing the same noise blasts,” explained co-author Dominik Mischkowski, PhD, previous at Ohio State and now at the National Institutes of Health.

Another part of the second experiment, the participants interacted with each other briefly and then watched an online game involving three people that they had just met (but were not actually in the game). The participants watched two of the people exclude the third person and then had to rate how much pain and hurt they felt that person experienced from it. Just as the previous results showed, those who had taken the acetaminophen rated the hurt feelings as less severe.

“In this case, the participants had the chance to empathize with the suffering of someone who they thought was going through a socially painful experience,” Way continued. “Still, those who took acetaminophen showed a reduction in empathy. They weren’t as concerned about the rejected person’s hurt feelings.”

While acetaminophen proved to reduce physical pain, as it’s designed to, it also showed to reduce empathy.