The prevalence of disordered eating in the general population is 12%, but individuals with ADHD may face greater risks.

Attention-deficit/hyperactivity disorder (ADHD) symptoms have a direct relationship to both binge and restrictive eating, a new study concluded.

Negative mood and deficits in a patient’s awareness of and reliance on internal cues that indicate hunger or fullness mediate the relationships, researchers in the UK from the University of Birmingham found.

“These findings could have important implications for prevention and early intervention programs, which might usefully focus on mood regulation in individuals with ADHD symptoms at risk for developing disordered eating,” the authors wrote in Frontiers in Psychiatry.

Disordered eating refers to patterns of eating behaviors that deviate from normal, but do not meet all of the criteria for a clinical diagnosis of an eating disorder (ED).

While eating disorders affect about 0.5—3% of the general population, the prevalence of disordered eating is as high as 12%, the researchers said.

“Disordered eating is a risk factor for full-syndrome eating disorders,” the authors said. “It is, therefore, important to explore risk factors for disordered eating, such as ADHD symptomatology, in the general population.”

Previous studies have considered the impulsivity symptoms of ADHD, such as impatience and reckless behavior, and have consistently shown a positive association with bulimic and binge eating.

However, the evidence is mixed about whether there’s an association between disordered eating and the inattentive symptoms of ADHD, such as lack of focus, trouble completing tasks, and difficulty in learning new information, the researchers wrote.

“Further research is required to assess whether core symptoms of ADHD, mainly inattentive, hyperactive, and impulsive symptoms, relate to specific subtypes of disordered eating such as binge/disinhibited eating and/or restrictive eating behavior,” the researchers said.

The team, led by Panagiota Kaisari, PhD, a doctoral researcher at the university, set out to investigate. They carried out two studies. In the first, conducted online, 237 individuals aged 18 to 60 were included in the final sample; of them had received a diagnosis of ADHD.

These participants completed an ADHD self-assessment. They also were asked to identify potential symptoms of binge eating, bulimia and other disordered eating and were assessed on their awareness of internal hunger and satiety cues and on negative mood.

The researchers discovered that the participants’ inattentive symptoms of ADHD predicted binge/disinhibited eating both directly and also indirectly by an effect on negative mood and on awareness of cues about hunger and fullness.

“The inattentive symptoms of ADHD were associated with decreased awareness of internal signals of hunger and satiety, and in turn these deficits were positively associated with disordered eating, particularly binge/disinhibited eating,” the team wrote.

Inattentive ADHD symptoms also predicted restrictive eating. In this case, the relationship was only indirect through an effect on negative mood and awareness on internal hunger/satiety cues.

The second study was completed in a laboratory. It investigated whether the findings from the first study could be replicated. It also looked at the specific contributions of hyperactivity and impulsivity to disordered eating.

A total 142 individuals, aged 18 to 32, completed the online assessment used in the first study. They then were given an in-person battery of behavioral measures.

In contrast to findings from the first study, the results from the second provided evidence for a direct relationship between hyperactive/impulsive symptoms of ADHD and both binge/disinhibited eating and restrictive eating. This association was found to be independent of negative mood and awareness and reliance on internal hunger/satiety cues.

“Notably, in both studies inattentive symptoms of ADHD were directly related to binge/disinhibited eating,” said the authors.

The researchers suggested that further investigation of the role of inattentive symptoms of ADHD in disordered eating may be helpful in developing novel treatments for both ADHD and binge eating.

“Ultimately, a better understanding of the range of specific eating problems experienced by individuals with ADHD and their underlying mechanisms will facilitate better and more personalized treatment,” the authors said.

The study, “Associations Between Core Symptoms of Attention Deficit Hyperactivity Disorder and Both Binge and Restrictive Eating,” was published in Frontiers in Psychiatry in March 2018.

Children with ADHD May Benefit from Dextroamphetamine Transdermal Treatment 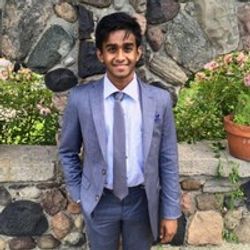 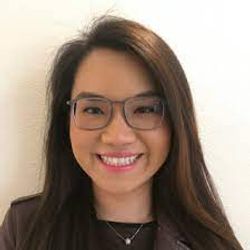