This article was sponsored by AstraZeneca 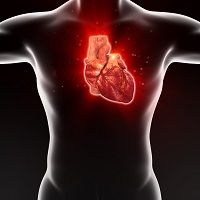 The cardiovascular healthcare environment today is significantly different than it was 20 years ago; new drugs are available for cardiovascular conditions, and the internet has brought a wealth of healthcare education to patients’ fingertips.

Despite these advances, cardiovascular disease (CVD) remains the number 1 cause of death in the world. When we look specifically at acute coronary syndrome (ACS), an umbrella term encompassing aspects of CVD, such as myocardial infarction (MI) and unstable angina, we see that 790000 people have a heart attack in the US each year (580000 new attacks and 210000 recurrent attacks), leading to 114000 deaths.1

For patients who have suffered a heart attack, various lifestyle changes can help them manage the risk of another thrombotic cardiovascular (CV) event, including engaging in regular physical activity, managing stress, and following a healthy diet. In addition, guideline driven secondary prevention strategies have been shown to reduce the risk another thrombotic CV event.2 Dual antiplatelet therapy (DAPT), which consists of aspirin plus a second oral antiplatelet (OAP), usually a P2Y12 inhibitor, may play a major role in the treatment paradigm in patients with ACS and has been shown to significantly reduce the risk of subsequent thrombotic cardiovascular events.3,4,5

However, treatment adherence to post-MI guideline recommendations is poor in patients with ACS. A study by Faridi and colleagues showed that rates of adherence to secondary prevention therapies were no higher than 69% after 3 months and 64% after 1 year.2

A study, which analyzed 15 studies from 7 countries, determined the primary variables correlated with nonadherence to P2Y12 inhibitors. These variables included factors related to demographic (eg, age, ethnicity, education), treatment (eg, experiencing side effects), healthcare system process (eg, a lack of discharge information), clinical (eg, pre-existing comorbidities), opportunity (eg, cost), and psychosocial (eg, patient related factors like forgetfulness or feeling treatment is not necessary).7 Given the high rates of nonadherence that occur very early after discharge from the hospital, several approaches have been suggested to help improve the chances that patients with ACS will continue taking their medications as prescribed by their doctor. For one, clinicians can educate their patients about developing habits and routines for taking their medications as soon as they are discharged from the hospital, helping to establish a longer-term pattern of adherence.8 As part of this “early intervention” approach, clinicians should consider assessing a patient’s medication use at their first post-MI outpatient visit to encourage continued adherence. If a follow-up cannot be scheduled this early after discharge, clinicians may want to consider other approaches, such as telehealth technologies.9

Another approach for helping patients reduce nonadherence is a 90-day medication supply. One study has shown that 90-day prescriptions can increase adherence over 30-day prescriptions.10 This study, conducted by Taitel and colleagues, was a retrospective observational study of California Medicaid claims for over 50,000 patients receiving medication for common chronic illness. Overall, the 90-day medication supply increased adherence by 23% over the 30-day supply, with only nominal drug wastage. Even after subtracting drug wastage compared with the 30-day supply, the 90-day drug supply produced an average drug savings per person per year in the range of $7.00-$26.00 due to the benefit of reduced fees and volume discounts.

Given the potential adherence advantages of a 90-day medication supply, AstraZeneca has introduced the BRILINTA $18 Card that allows eligible commercially insured patients to pay as little as $18 for up to a 90-day supply on each refill, as long as their doctor prescribes BRILINTA. BRILINTA® (ticagrelor) tablets, which has no generic equivalent, has 98% unrestricted access across commercial insurances. It’s also important to note that for Medicare Part D patients, BRILINTA will cost less than $1.50 per day based on an average co-pay of less than $45 per month. It is crucial to make this empowered patient demographic aware of all potential treatment options and not let cost keep physicians from prescribing the right medication for the right patient.

BRILINTA® is indicated to reduce the rate of cardiovascular death, myocardial infarction (MI), and stroke in patients with acute coronary syndrome (ACS) or a history of myocardial infarction. For at least the first 12 months following ACS, it is superior to clopidogrel. BRILINTA also reduces the rate of stent thrombosis in patients who have been stented for treatment of ACS.11 Additionally, according to the 2016 ACC/AHA Guideline Focused Update on Duration of Dual Antiplatelet Therapy (DAPT), BRILINTA is preferred over clopidogrel in ACS (Class IIa: LOE B-R).12 BRILINTA is also recommended for use as DAPT for at least 12 months in patients with ACS and as a treatment option in patients with ACS who undergo stent implantation or are managed with medical therapy alone (Class I: LOE B-R).

WARNING: (A) BLEEDING RISK, (B) ASPIRIN DOSE AND BRILINTA EFFECTIVENESS

B. ASPIRIN DOSE AND BRILINTA EFFECTIVENESS

BRILINTA (ticagrelor) tablets is indicated to reduce the rate of cardiovascular death, myocardial infarction (MI), and stroke in patients with acute coronary syndrome (ACS) or a history of myocardial infarction. For at least the first 12 months following ACS, it is superior to clopidogrel.

BRILINTA also reduces the rate of stent thrombosis in patients who have been stented for treatment of ACS.

In the management of ACS, initiate BRILINTA treatment with a 180-mg loading dose. Administer 90 mg twice daily during the first year after an ACS event. After one year administer 60 mg twice daily. Use BRILINTA with a daily maintenance dose of aspirin of 75-100 mg.