Amid Obesity Epidemic, the Twinkie Diet?

A nutritionist's odd diet may call into question much of what your patients are often told about the need to consume â€œhealthyâ€ foods to affect certain markers of health, such as body mass index and levels of â€œgoodâ€ and â€œbadâ€ cholesterol levels. 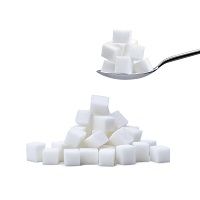 A nutritionist’s odd diet may call into question much of what your patients are often told about the need to consume “healthy” foods to affect certain markers of health, such as body mass index and levels of “good” and “bad” cholesterol levels.

Mark Haub, a professor of human nutrition at Kansas State University, ate processed baked goods every three hours in place of legitimate meals as part of a short term, individual experiment for his class, with the goal of examining the role of a caloric deficit in promoting weight loss. Twinkies were a staple of the diet, but his regular servings also included such food pyramid staples as Little Debbie Nutty Bars (yum!), Doritos, sugar-laced cereals, diet Mountain Dew, and milk’s favorite companion, Oreo cookies. He also consumed a multivitamin pill, some vegetables, including green beans and asparagus, and consumed the occasional protein shake.

For Haub’s weight and body type, a 2,600-calorie day would be seen as the break-even point. Haub limited his consumption to about 1,800 calories per day. What surprised Haub was not that he lost weight by limiting calories—almost 30 pounds over 2 months&mdash;but that other indicators of health didn’t necessarily dip in the face of a diet that would seem to be a child’s dream. His body mass index went from 28.8, considered overweight, to 24.9, which is in the normal range. His weight currently stands at 174 pounds. His LDL (“bad” cholesterol) level dropped 20 percent, and his HDL increased by 20 percent. He reduced his level of triglycerides, which are a form of fat, by 39 percent.

Haub himself isn’t ready to draw any conclusions about the long-term ramifications of the Twinkie diet. And no one should expect any immediate changes to the recommended daily allowance charts. But the experiment does raise the issue that simply limiting calories may be the best advice for those patients facing significant health issues as a result of excess weight.

The idea of caloric restriction as a major indicator of overall health has been supported by previous research involving yeast, worms, fish, and rodents. But a 2014 study in Antioxidants and Redox Signaling found that, despite a possible reduction in the risk of age-related disease and improvements in some biomarkers of longevity, caloric restriction is a hard road for most. This is likely to be true even if Twinkies are a mainstay of the menu.