Anti-VEGF Treatment Not Linked to Increased Risk of Stroke, Myocardial Infarction or Death

The investigators also examined patients who had 3 or more injections in the year prior to their cardiac event. 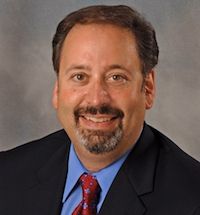 Anti-vascular endothelial growth (anti-VEGF) therapy for age-related macular degeneration (AMD) is not linked to the increased risk of stroke, myocardial infarction, or death, according to a new report.

Investigators from the Mayo Clinic in Rochester, Minnesota conducted a retrospective study including 504 patients in order to determine whether patients with exudative AMD receiving anti-VEGF infections had a higher risk for myocardial infarction, stroke, or death compared to control populations. The patients were recruited from the Rochester Epidemiology Project database and treated with at least 1 intravitreal (IV) anti-VEGF between 2004 and 2013, all from within Olmsted County, Minnesota.

Two-thirds of the patients in the study were female and the mean age was 76 years. The study authors noted that each of these patients was treated according to real-world practice patterns. Patients were treated primarily with pegaptanib (10 patients), bevacizumab (377), ranibizumab (72), or aflibercept (45).

The investigators included 3 age- and sex-matched control groups of individuals; all of the patients in those groups came from the Rochester Epidemiology Project as well. The 3 control groups categorized as: control individuals with exudative AMD before anti-VEGF treatments (1990 to 2003); controls with dry AMD; and controls without AMD.

Intravitreal injections of anti-VEGF drugs introduced no statistically significant increase in five-year risk of cardiovascular events in patients with exudative AMD, according to the investigators.

“We found that while anti-VEGF-treated exudative AMD patients had an increased five-year mortality risk compared to exudative AMD patients who did not receive anti-VEGF therapy, no increased risk of mortality or cardiovascular events was noted when compared to the 2 other control groups,” study author Raymond Iezzi, MD, MS told MD Magazine®. “Our overall conclusion is that anti-VEGF treatment did not increase the five-year risk of stroke, myocardial infarction or death in our population.”

There were 292 patients who had received at least 3 IV injections in the final year of the following prior to their cardiac event. Those patients displayed a 6.5% five-year cumulative risk for stroke, 6.8% risk of myocardial infarction, and 30.8% risk of death, the investigators found. There were no significant differences between this group compared to the control groups.

The investigators’ findings suggest that IV anti-VEGF therapies are safe for patients with exudative AMD, but the topic warrants further investigation.

“Additional studies will be required to characterize the risk of stroke, MI, and death in patients receiving anti-VEGF therapy for nonexudative AMD diagnoses and to determine whether there are differences in the association of risk with therapy among anti-VEGF agents,” they wrote.

The team added that prior to their paper, there had only been inconclusive evidence surrounding risk of stroke, myocardial infarction, and death in AMD patients treated with anti-VEGF therapies.

The study, “Association of Intravitreal Anti-Vascular Endothelial Growth Factor Therapy With Risk of Stroke, Myocardial Infarction, and Death in Patients With Exudative Age-Related Macular Degeneration,” was published in JAMA Ophthalmology.