Levels of anxiety are up to three times higher in older adults with chronic obstructive pulmonary disease (COPD) than in patients without COPD. 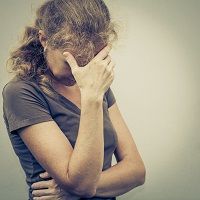 Levels of anxiety are up to three times higher in older adults with chronic obstructive pulmonary disease (COPD) than in patients without COPD, according to findings published in COPD: Journal of Chronic Obstructive Pulmonary Disease.

Researchers from the University of Toronto studied a sample of more than 11,000 patients in order to investigate the independent relationship between COPD and anxiety in adults. The patients, who were aged 50 and older, were measured for sociodemographic factors, social support, health behaviors, sleep problems, pain, functional limitations and early childhood adversities. More than 700 adults reported their COPD diagnosis during the 2012 Canadian Community Health Survey.

“Even after accounting for 18 possible risk factors for GAD, individuals with COPD still had 70 percent higher odds of GAD compared to those without COPD,” lead author, Professor Esme Fuller-Thomson said in a press release.

Some of the leading risk factors for anxiety among COPD patients, the researchers reported, were lack of social support and exposure to parental domestic violence during the patients’ childhoods. The older adults without social support involved in their important decision making had more than seven times the odds of having anxiety in comparison with the patients who did have a friend or social support.

When the COPD adults had more than 10 exposures during their childhood to parental domestic violence, their odds for anxiety in comparison to the adults without COPD rose to about five times the risk. The researchers believe that this violence may have triggered a predisposition to anxiety in the patients.

The study “highlights how healthcare providers can play a significant role in identifying and providing promising interventions to reduce anxiety for individuals with COPD, in particular by screening for and addressing pain and functional limitations and targeting those most at risk,” Fuller-Thomson concluded.