Are MS Patients Making their Own Treatment Choices?

Physicians and patients offer differing accounts of how their treatment plans are chosen, a Dutch study found. 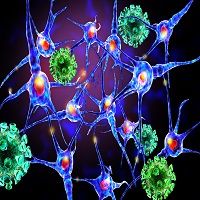 Patients with multiple sclerosis (MS) and neurologists have different experiences and outlooks when it comes to providing information and adhering to disease modifying drugs (DMDs), according to recent research published in Patient Preference and Adherence.

The study, conducted by Leo H Visser, MD, of the Department of Neurology, Elisabeth-TweeSteden Hospital in Tilburg, Netherlands and colleagues, was published on April 26, 2016.

The researchers wanted to find out how the perspectives of MS patients and neurologists regarding injectable DMDs differed concerning both the choice of treatment and the course of that treatment. In order to carry out their investigation, they asked MS patients and neurologists specializing in MS to completed “semi structured Internet-based questionnaires” according to the authors. The neurologists who participated were not necessarily treating the patients who participated.

The two groups also differed when it came to treatment goals, as well as whether or not those goals are being adequately discussed. Most neurologists, 94%, said that patients take a break or stop taking the treatment due to side effects; however, most patients (74%) said they stopped treatment or took a break because of “physical factors.” A full 80% of the patients reported side effects from DMDs and 50% of them said the side effects affected their day-to-day lives.

The researchers conclude, “This information on patient and neurologist perspectives may be very helpful for health care professionals and professionals in health care education.” They go on to say that educational programs for both patients and neurologists could improve communication and patient involvement, and that accurate and accessible sources of information, such as websites, brochures, expert summaries of relevant studies could also be helpful for both patients and physicians.