Life at the Corner of Asthma and Insomnia

A study out of the University of Pittsburgh identifies significant comorbidity and negative outcomes in those with insomnia and asthma, and finds that even asthmatics who report no nighttime breathing disturbances still face a predisposition to sleeplessness.

Asthma’s effects on both lives and the healthcare economy are well-documented, costing billions of dollars annually and manifesting in patients as anything from an occasional disturbance to a constant and potentially fatal condition. Insomnia is also socially expensive, and can wreak havoc on one’s functionality-a study out of Harvard last year estimated the average worker loses over 11 days’ worth of productivity per year due to it.

A new study out of the University of Pittsburgh Medical Center (UPMC) now finds that insomnia and asthma are commonly related, with the uncomfortable breathing condition contributing to an inability to sleep, and the sleeplessness perhaps feeding right back into the severity of the asthma.

The ISI consists of seven questions on sleep disturbance and frequency that asks respondents to answer on a 0 (not at all) to 4 (extremely) scale, resulting in a score range of 0 to 28, with insomnia defined as a score of 10 or above. The ACT has 5 questions, assessing symptom control (shortness of breath, nocturnal symptoms, rescue medication use) on a scale of 1 to 5, 5 being good control, and defining a score of 20 or above as “well-controlled asthma”; 16 to 19 as “not well-controlled asthma”; and any score of 15 or below as “uncontrolled asthma.” 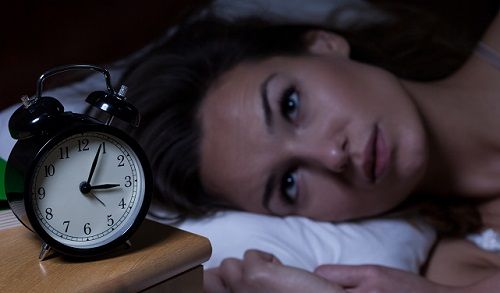 AQLQ is a more extensive measure, looking at 32 points to assess asthma’s impact on a patient through activity limitation, symptoms, emotional distress, and environmental stimuli. HADS is a two-part questionnaire that measures both anxiety and depression on scales of 0 to 21, with scores of 8 or above qualifying.

Those considered to have insomnia were likely to have a higher BMI, worse lung function, and lower household income. The average ISI score for those 263 insomnia-positive patients was 15.2, and the reported rate in this study found that the asthmatic participants had insomnia at a rate three times higher than the population as a whole.

Interestingly, the authors wrote, “Our findings indicate that poor sleep may not be entirely related to nocturnal awakenings resulting from asthma symptoms. Despite reporting no nighttime asthma symptoms that disturbed their sleep, almost 25% of participants met criteria for clinically significant insomnia.” 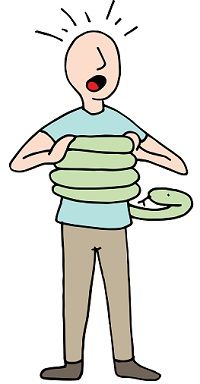 Across the board, the nexus of insomnia and asthma seemed to have a sizable negative impact on quality of life. Those with both had noticeably higher rates of depression (23% to 6%) and anxiety (51% to 19%) compared to those in the study who had asthma but did not qualify as having insomnia. Insomniac asthmatics were also 2.4 times more likely to have poorly-controlled asthma, and 1.5 times more likely to have required healthcare resources in the previous year for their asthma, with the study showing the insomnia group making 14% more unscheduled doctor visits, 18% more ER visits, and having 6% more hospital admissions. Intensive care numbers were the same in both groups, however.

ACT scores showed that over 75% of the participants who had insomnia returned scores indicating asthma that was not well-controlled, and in the conclusion the authors note the need for future studies to “gain a deeper understanding of the interaction between insomnia and asthma control and the possible underlying mechanisms.”

The study, entitled “Association Between Insomnia and Asthma Burden in the Severe Asthma Research Program (SARP) III”, was published this month in CHEST. The team’s work is ongoing, and lead author Faith Luyster, PhD, of UPMC’s School of Nursing tells MD Magazine that they are soon to begin recruitment for a National Institutes of Health-funded study on cognitive-behavioral insomnia treatment for adults with asthma.

Insomnia Is a Serious Comorbidity for People with Chronic Pain