Mark Levis, MD, PhD: Obviously, it’s extensive. And, in fact, that was always one of the major impediments to transplant. We were from the time when patients died of invasive fungal infection following transplant. All we had was literally standard formulation amphotericin B, the dreaded “ampho-terrible,” which if it didn’t kill the patients, it was trying to kill the mold. It wasn’t particularly effective at that either. So, fortunately the world has changed. We still have to pay attention to it. But, I will be very honest, with the agents that we have available now, paying close attention, it’s easily managed. You just have to be aware of the problem. The mold-active azoles have been an enormous advance in the field.

Harry Erba, MD, PhD: And I imagine some of that comes from the prophylactic measures that were taken. Would you like to review for us what are current guidelines on prophylaxis?

Roy Chemaly, MD, MPH: Yes, absolutely. First, the morbidity and mortality from invasive fungal infection, either mold or yeast, are still not uncommon, we’re still seeing it. But, with the prophylactic regimen that we have available over the past, probably now it’s been almost 15 years where we had the triazoles on the market, we try to first stratify patients into low risk versus high risk. It depends on their risk factor for invasive fungal infection, and based on NCCN guidelines as well as the IDSA guidelines. We try to stratify on the low dose where they can probably get away with fluconazole, for example, to prevent yeast infection—or invasive candida infection with high-dose fluconazole—versus micafungin, one of the echinocandins, if they cannot take oral fluconazole. So, this is for the low risk.

Now the high risk is a different story because at this point, you need to prevent, or we try to prevent, a mold infection, which is most commonly pulmonary invasive aspergillosis usually. And then, later on, it’s probably mucormycosis and fusariosis.

So, the mold active agent, actually based on the guidelines, the recommendation is to go with posaconazole. They have good data, published over the few years, about posaconazole compared to fluconazole versus itraconazole, and it worked much better for invasive mold infection. And this is what most centers probably are doing. But, there are also other choices based on the guidelines. They probably may not be number 1, but they may be used in second-line, like voriconazole or even echinocandins sometimes, when you have side effect from all the 3 triazoles.

Mark Levis, MD, PhD: I’ve noticed voriconazole has gone generic now, and so there seems to be a push from third-party payers that patients should be on voriconazole. But, to be honest, we’ve gotten more used to using posaconazole now because it’s an easier drug to use. 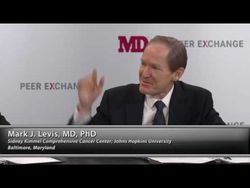 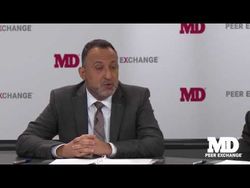 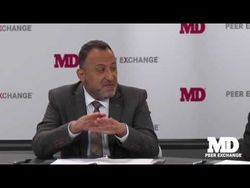 The Need for CMV Prophylaxis in the Transplant Setting