Researchers compared the B cells of patients with multiple sclerosis and healthy patients, specifically examining granulocyte macrophage colony stimulating factor (GM CSF), in order to determine their role in interactions between other immune cells within MS. 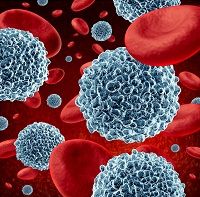 Better treatments for multiple sclerosis (MS) are closer than ever, such as B cell depletion therapy, according to findings published in Science Translational Medicine.

Researchers from McGill University in Canada compared the B cells of MS patients and healthy patients, specifically examining granulocyte macrophage colony stimulating factor (GM CSF), in order to determine their role in interactions between other immune cells within MS.

The researchers found that GM CSF producing B cells were more frequent and more prone to activation in MS patients than their healthy subject counterparts.

“We’ve recently discovered that different types of human B cells exist,” senior author Dr. Amit Bar-Or, Director of the Experimental Therapeutics Program and Scientific Director of the Clinical Research Unit, at the Montreal Neurological Institute, explained in a press release. “Some B cells have been shown to promote inflammation, while others are actually able to limit inflammation. Our study has implicated a subset of B cells, the GM CSF producing B cells, as a key contributor in the pro inflammatory immune cells responses at play in MS.”

The researchers determined the B cell subset was able to activate the pro inflammatory responses of the myeloid cells of the immune systems, which they extrapolated meant that the myeloid cells became less pro inflammatory after B cell depletion. The researchers believe that B cell depletion therapy can be effective because it decreases the number of GM CSF producing B cells which can then limit myeloid cell and T cell contributions to new disease activity.

“The study is significant in discovering a new way by which B cells can contribute to abnormal immune responses in MS which reinforces the rationale for the use of B cell depletion therapy,” Bar-Or continued in the statement. “Furthermore, better identifying the particular subset of B cells responsible for new disease activity, we can look forward to more selectively targeting the ‘bad’ B cells while leaving ‘good’ B cells intact. This is important because B cells normally play key roles in our immune system, so more selective therapies offer the prospect of decreasing the risk of impairing the patients’ immune system in the long run.”