The results of two recent phase 3 trials of a new biologic show that it has significant impact as an add-on treatment in reducing exacerbation rates in patients with severe and uncontrolled asthma. 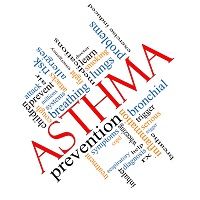 The first trial found that benralizumab (AstraZeneca) reduced the annual rate of exacerbations by up to 51% after 48 weeks of treatment, while the second reported up to a 36% decline after 56 weeks, according to the papers published in The Lancet.

“We are learning more about different sub-types of asthma, and these trials investigate a potential new treatment to address the underlying driver for some patients,” said Mark FitzGerald, MD, the principal investigator in second trial known as CALIMA. He is the director of the Centre for Heart and Lung Health at the Vancouver Coastal Health Research Institute in Vancouver, Canada.

CALIMA and the first trial known as SIROCCO (both reported in The Lancet), are part of an international asthma program of six Phase 3 trials conducted at 798 sites in 26 countries. They are aimed at developing a biologic for respiratory diseases, AstraZeneca reported.

Benralizumab is an anti-eosinophil monoclonal antibody. Unlike earlier biologics, benralizumab directly targets the receptor for Interleukin 5, a cytokine that mediates the development of cells called eosinophils. Greater numbers of eosinophils increase inflammation. Eosinophilic inflammation occurs in 50% of asthma patients and is associated with exacerbations of the condition and diminished lung function. Benralizumab treatment can result in "nearly complete depletion of eosinophils," the SIROCCO paper explained.

Both CALIMA and SIROCCO tested benralizumab on patients with severe uncontrolled eosinophilic asthma who were taking medium to high-dosage inhaled corticosteroids (ICS) and long-acting B-agonists (LABA) and had at least two exacerbations of their condition in the last year. The test population included males and females ranging in age from 12 to 75. Both trials were randomized, double-blind, and placebo-controlled.

In the CALIMA trial, which had 1,306 subjects, test groups were divided between those who received 30 mg of benralizumab as an adjunctive treatment every four weeks or every four weeks for the first three doses and then every eight weeks for the remainder of the trial period. Both were compared to a placebo group taking only medium to high doses of ICS and LAPA. The groups were also stratified by the number of eosinophils in their blood — 300 or more and less than 300. The trial duration was 56 weeks. The SIROCCO trial, which had 1205 subjects, used the same division of the test population, but the duration of treatment was 48 weeks.

The CALIMA trial showed as much as a 36% annual reduction in exacerbations, such as hospitalizations or emergency room visits, for the every four-week group with 300 of more eosiphinal cells per liter of blood, and up to a 28% reduction for the similar group with the combination or four and eight week dosing. Increased lung function also occurred. The improvements in the SIRROCO trial were greater: up to 51% in exacerbations along with better lung function.

The CALIMA paper suggested that the greater reduction in exacerbations in the SIROCCO trial might have been the result of geographic factors. CALIMA subjects from Eastern Europe and South America had a lower rate of exacerbations before the trial started and therefore had a smaller treatment effect from the benralizumab, the CALIMA authors explained. The results of the CALIMA trial also were affected by "a strong placebo response," they added.

Five deaths occurred in the sample population in the SIROCCO trial and four in CALIMA, but none were attributed to benralizumab. The most common adverse effects were worsening of the asthma and nasopharyngitis.

"The worldwide prevalence of asthma continues to increase and is projected to reach more than 400 million by 2020, representing a growing unmet need for the treatment of patients with uncontrolled disease," the lead author of the SIROCCO paper, Eugene R. Bleecker, MD, and his colleagues wrote.

Bleecker is the director of the Center for Genomics and Personalized Medicine Research at Wake Forest School of Medicine in Winston-Salem, NC.

Exacerbations of severe asthma "are life threatening for these patients, and their health-related quality of life is substantially diminished. These findings show the potential for benralizumab to improve outcomes...," the SIROCCO authors added.