Google recently made a new mobile application available to BlackBerries that enables users to search the Internet through dictation.

Google recently made a new mobile application available to BlackBerries that enables users to perform Internet searches via dictation rather than typing in search queries.

I've been using a similar application from Google on my iPhone for several months now, and I must say that it is very useful, though there are a few drawbacks. Google has created a new mobile application that works on most BlackBerries. The application provides some shortcuts to certain Google services, such as Gmail, but also lets users dictate search queries to their device rather than type.

Once you've downloaded and installed the free application, it appears as an icon right on your BlackBerry's home screen. Open it, and you have immediate access to Google search. You can type in your search as normal, or speak it.

One interesting aspect of typing in your searches is that Google will automatically begin calculating your search as you type, and even offer suggestions as you go. For example, let's say you start typing "i n f l u". Google will figure out that you're probably interested in performing a search for influenza, and will suggest related queries, such as "influenza symptoms", "influenza season", and so on. The application will also show you any recent searches you've performed. The drawback with this software is that because searches are being performed as you type, they tend to be a little slow.

If you're not in an environment where typing is safe (ie, your car), then you can speak your query instead. Google sends the voice recording to its servers, where it translates it into text and then runs a search as normal, returning results in text form to your BlackBerry. The one drawback here is that you need to be in a relatively quiet environment. If you're in a noisy place, such as a coffee shop, chances are the software isn't going to be able to recognize what you say.

What makes all this even better is that Google search on BlackBerries is now location aware. Once you give the application permission to find your location (via Wi-Fi, GPS, and cellular triangulation), it will match that to results you get for any searches you perform. So, if you're on the road and search for "Starbucks," the application will automatically return the closest Starbucks shops to your location.

The app can be downloaded directly to your BlackBerry from http://m.google.com

FDA Expands Use of Sinus Treatment to Include Congestion from Allergies, Influenza 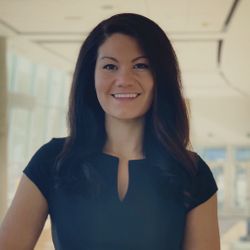