The presence of bone marrow lesions in osteoarthritis may help predict the pace of joint-space narrowing, a signal that that osteoarthritis is progressing. 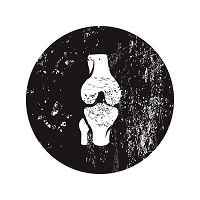 The presence of bone marrow lesions may help predict the pace of joint-space narrowing, a signal that that osteoarthritis is progressing.

The benefit of this finding is that it could lead to new treatments if scientists can discover the mechanisms through which these lesions influence the progression of osteoarthritis, according to Mark Edwards MD, clinical lecturer in Rheumatology at the MRC Lifecourse Epidemiology Unit at the University of Southampton in the U.K., who led the research team. Their study appeared on January 15 online ahead of publication in The Journal of Rheumatology.

The team cautions that at this point “there is insufficient evidence to suggest that treatment targeting these lesions would ameliorate cartilage loss.”

Osteoarthritis (OA) is a major cause disability in older adults and when it affects major joints such as the knee can severely impair mobility, the study noted. “To optimize OA management, it is important to increase our knowledge regarding the predictors of progression, particularly if modifiable,” the authors said.

The study looked at the MRI scans of the knees of 176 men and women over the age of 50 with knee OA. At baseline, 68 had bone marrow lesions (BML) and a knee OA severity of at least two on a four-point scale, known as Kellgren-Lawrence (KL). In this group the annual narrowing of the space between the tibia-femoral joint was 0.10 mm faster than the non-BML group during the three-year follow-up. “This relationship was independent of age, sex, and baseline KL grade,” the study said.

In addition, there was “no significant relationship between the presence of other MRI findings (cartilage morphology, cartilage signal, cyst bursa, ligament abnormality) and change in JSW (joint space width) per year of followup,” the authors said.

Reported limitations of the study included variability in results that could have occurred because the research was conducted in a large number of facilities in many countries. In addition, the study excluded subjects with the highest level of OA severity, recipients of drugs affecting bone or cartilage metabolism, and those without joint pain.