It may be possible to boost social interaction in people with autism by using a new therapeutic drug target, University of Pennsylvania researchers say.

It may be possible to boost social interaction in people with autism by using a new therapeutic drug target, University of Pennsylvania researchers say.

The researchers from Penn’s Perelman School of Medicine used mouse models of autism in order to examine the gene called Protocadherin 10 (PCDH10). The gene, as the researchers described in a press release, is a neural cell adhesion molecule involved in both brain development and maintenance of neural synapses. While there are medications available for people with autism to treat associated symptoms like anxiety, depression, attention deficit hyperactivity disorder (ADHD), and irritability, there is nothing currently approved for social interactions.

"This research could significantly change our understanding of the causes and brain changes in autism and could lead to new treatment approaches for the harder to treat social aspects of ASD," senior author Edward S. Brodkin, MD, said in the statement.

The investigators deleted one of the two copies of PCDH10 from the mice, they showed decreased social approach behaviors. The researchers also noted that this habit was observed more often in males than females, which seemed consistent with understood behaviors of autism in humans. The mice with one deleted PCDH10 gene also showed differences in the structure and abilities of the amygdala, the researchers said.

In order to remedy the social behavioral deficits, the researchers administered d-cycloserine to the male mice to bind glycine to NMDA receptors and increase glutamate signaling at the receptors.

Again, the researchers said this finding was in line with what has been observed in small, preliminary clinical studies of human patients with autism. In these studies, d-cycloserine was seen to significantly boost social behaviors in older adolescents and young adults who were diagnosed with autism spectrum disorders. The researchers believe their findings can lend credibility to these small human studies and provide a kickstart for other investigators to continue this work in human patients.

In the future, Brodkin and his team plan to continue to use mice models of autism to understand why the presence or absence of PCDH10 seems to affect males more than females in terms of social behaviors. The researchers want to continue to learn more about these behaviors and how they are affected by the amygdala to point toward better future treatment approaches for social behaviors in certain autism spectrum disorder subtypes.

Published in Biological Psychiatry, “Sociability Deficits and Altered Amygdala Circuits in Mice Lacking Pcdh10, an Autism Associated Gene” was accompanied by a press release from Penn Medicine that included comment from the study’s authors. 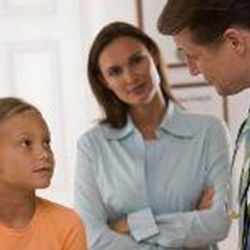