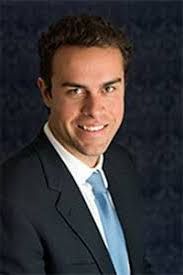 The following case study was presented at the American College of Asthma, Allergy and Immunology (ACAAI) annual meeting in Seattle, Washington.

Introduction: Inducible urticarias such as cholinergic or adrenergic urticaria (AU) can be challenging to control. Herein, we report an index case of AU successfully treated with omalizumab.

Case Description: A 17-year-old female with a history of Ehlers-Danlos syndrome, postural orthostatic tachycardia syndrome, and mast cell activation syndrome presented with diffuse pruritic evanescent welts with erythematous centers surrounded by white halos (Image 1) unresponsive to several therapies including a combination of high dose H1-antihistamines, H2-antihistamine, and leukotriene receptor antagonist in addition to a low dose beta-blocker. Due to the severity and frequency of the hives, omalizumab 300mg subcutaneous injections were initiated every 4 weeks resulting in complete resolution shortly after the first injection. She continues to maintain good control months later with no reported breakthrough episodes.

Discussion: AU is a rare form of urticaria first described in 1985, distinct from cholinergic urticaria. Although the exact mechanism of AU is unknown, it is believed to be provoked by a stress-induced concomitant release of epinephrine and norepinephrine. Diagnosis can be made by intracutaneous injection of adrenaline or noradrenaline, which produces the characteristic eruption. In this case the patient’s diagnosis was based on clinical history and classic presentation of red papules surrounded by white halos. Although AU typically responds to trigger avoidance, H1-antihistamines and beta-blockers, when these treatments fail, additional therapeutic alternatives are limited. This is the first case demonstrating that AU can be successfully treated with omalizumab which should be considered as a treatment option if first line agents prove ineffective.

Omalizumab is the only biologic currently approved for both allergic asthma and chronic idiopathic urticaria (CIU). It “has long been an important treatment option for people with allergic asthma and CIU,” said Sandra Horning, MD, chief medical officer and head of global product development at Genentech, the therapy’s manufacturer. Horning added that omalizumab (Xolair) has been used to treat 330,000 patients in the last 15 years.

A recent meta-analysis of 67 published reports on the real-world effectiveness of omalizumab demonstrated that its benefits and safety for the treatment of CIU in the real-world met or exceeded results gleaned from clinical trials. The meta-analysis was not the first instance of real-world success for the therapy. In September 2017, it was also shown to match clinical trial results in the real world as a treatment for asthma.

Moreover, omalizumab was granted breakthrough therapy designation by the US Food and Drug Administration (FDA) in mid-August 2018 as a subcutaneous injection for the prevention of severe food allergy reactions.

Omalizumab was granted the designation to expedite its regulatory development and review as a potential therapy for serious or life-threatening conditions. The designation was based on data from 7 clinical trials over the past decade which assessed omalizumab’s efficacy and safety versus various food allergens such as peanut, milk, and egg.

Unknown block type "hrtag", specify a component for it in the `components.types` prop
Related Videos
View All
Related Content