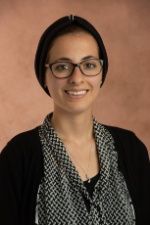 The following case study was authored by Jasmine Alsukhon, MD, and presented at the American College of Asthma, Allergy and Immunology (ACAAI) annual meeting in Seattle, Washington.

Introduction: Adalimumab is an anti-tumor necrosis factor monoclonal antibody effective in treating autoimmune and inflammatory diseases. Although adalimumab is fully human and considered of low immunogenicity, there have been rare reports of local and systemic

Case Description: A 17-year-old male with Crohn’s disease failed infliximab therapy and was switched to adalimumab. He tolerated the first 3 weekly loading doses, but developed delayed generalized urticaria 6 hours and 24 hours after his subsequent two maintenance doses (q2 weeks), respectively, despite antihistamine premedication. Although urticaria resolved within days, he had persistent pruritus. On examination in the allergy/immunology clinic, he had localized urticaria and profound dermatographia, a new finding since initiation of adalimumab. Desensitization to adalimumab was recommended due to severe Crohn’s disease and failure of multiple prior therapies. This was done at the hospital infusion center over 4 weekly visits, with the first dose in 7 steps and subsequent doses in 2 steps, before spacing back to q2 week injections. He developed faint rash after the first desensitization visit, with no subsequent symptoms. He now self-administers the injections at home and the Crohn’s disease is in a quiescent state.

Discussion: Cutaneous manifestations of adalimumab sensitivity have been reported as immediate-type injection site reactions or psoriasis-like rash. Desensitization to adalimumab has previously been reported for immediate-type reactions, but we present successful desensitization in a patient with a more delayed and prolonged manifestation of hypersensitivity. The two-week half-life of the medication allows for maintenance of the desensitized state in between injections.

Adalimumab has topped the list of drug spending since 2011, with $13.6 billion spent in 2016 — more than $3 billion more than the next highest spend, according to data from the QuintilesIMS Institute.

Looking forward to 2021, the report detailed that while the patient use of new treatments has slowed, it is expected to continue to recover to historical highs in spending growth of $15 to $17 billion from 2018 to 2021. The exclusivity loss impact is expected to grow to greater than 50% in the next 5 years, partly as a result of patent expiries, and partly a result of the introduction of biosimilars to the market.

The US Food and Drug Administration (FDA) accepted the Biologics License Application for a Novartis biosimilar to adalimumab in January, 2018.

In September 2017, testing results from a trial that investigated the possible extension of dosing intervals for the drug among RA patients, in order to aid individualized treatment, found that the therapy was effective and safe.

"We think that rheumatologists should start the evaluation of adalimumab treatment by considering the pharmacokinetics in that individual patient," Merel l’Ami, MSc, from the Amsterdam Rheumatology Center and lead investigator of the study, told MD Magazine. “It will show the rheumatologist when drug concentrations are undetectable (occasionally, as a result of a large amount of anti-drug antibody formation), and it will show the rheumatologist when a patient is overexposed. Our study showed that patients can reduce the dose safely. Reducing this kind of overexposure will personalize treatment and save a lot of drug costs."

Unknown block type "hrtag", specify a component for it in the `components.types` prop
Related Videos
View All
Related Content