In recent years there has been a larger rise in overdose deaths in urban counties as opposed to rural counties. 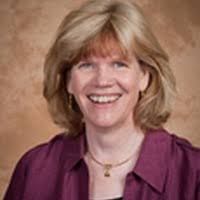 A new report commissioned by the US Centers for Disease Control & Prevention (CDC) highlights a rise in drug overdoses over the last half a decade , particularly in urban areas.

A team, led by Holly Hedegaard, MD and Merianne Rose Spencer, MPH, both of the National Center for Health Statistics, Division of Analysis and Epidemiology, examined recent mortality data from the National Vital Statistics System (NVSS) to further illuminate urban-rural differences in drug overdose death rates for all drugs and by selected types of opioids and stimulants.

Between 1999-2003 the rates were higher in urban counties, as well as between 2016-2019, with the remaining years the rates being higher in rural counties.

Going against recent trends were California, Connecticut, North Carolina, Vermont, and Virginia, where overdose rates were higher in rural counties than in urban counties.

The investigators also found urban and rural differences in trends based on overdose deaths caused by different types of opioids.

Age-adjusted rates of drug overdose deaths involving natural and semisynthetic opioids, which includes oxycodone, hydrocodone, and codeine were higher in rural than in urban counties from 2004-2017, while in 2018 and 2019, urban and rural rates were similar.

For synthetic opioids other than methadone, which includes fentanyl, fentanyl analogs, and tramadol, the age-adjusted drug overdose death rates were higher in rural counties between 2001-2014.

The investigators also found differences in trends for overdose deaths by type of stimulant.

The report, “Urban–Rural Differences in Drug Overdose Death Rates, 1999–2019,” was published online by the CDC.