Gastroschisis, a birth defect that causes a babyâ€™s internal organâ€™s to spill out of the body, is becoming more prevalent, especially among infants born to mothers under the age of 20. 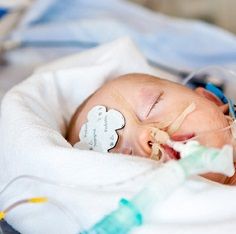 Gastroschisis, a birth defect that causes a baby’s internal organs to spill out of the body, is becoming more prevalent, especially among infants born to mothers under the age of 20.

The birth defect, which creates a hole near the belly button allowing the intestines and/or other internal organs to squeeze out, is surgically treatable; it can still impart lasting effects on the affected child’s digestive ability.

Interestingly, although the increase is recorded among all age groups of mothers since 2005, it’s particularly prevalent among young mothers below 20 years of age.

Despite this growth in rate, experts are unable to pinpoint a simple explanation.

CDC authors said in the release, “The association between young maternal age and gastroschisis was first reported in the late 1970s, and this risk factor has been documented consistently in subsequent studies. However, the increased prevalence of gastroschisis is not because of an increase in teen births, which have declined in recent years, or to a change in the distribution of births to teen mothers, as birth rates have decreased among women of all ages.”

Recent studies had attributed the birth defect to factors such as drug use, poor nutrition, and having a young father, but experts acknowledged further research is necessary to outline concrete connections.