Chronic HCV Patients do not Have Significant Gut Microbiota Differences

The investigators found minor differences in the microbial community structure between the control group and the chronic HCV group.

There is not much differences in gut microbiota between patients with chronic hepatitis C virus (HCV) and healthy control individuals.

A team, led by Pao-Yuan Huang, Division of Hepato-gastroenterology, Department of Internal Medicine, Kaohsiung Chang Gung Memorial Hospital, evaluated the fecal microbiota before and after treatment with direct antiviral agents in patients with HCV infections.

Gut microbiology is linked to liver disease because of the gut-liver circulation through the gut microbial-liver axis. However, there is not much data on the effects of treatment for HCV on the gut microbiota.

In the prospective study, the investigators examined patients at the Kaohsiung Chung-Gung Memorial Hospital in Taiwan between December 2019 and November 2020. Each participant was diagnosed with chronic HCV and received DAA treatment.

Each patients achieved a sustained virologic response and alpha diversity was not significantly different between any of the groups.

There were also 3 phyla and 8 genera differentially abundant between the control group and the chronic HCV group.

Previous research found patients with chronic hepatitis C infections have lower bacterial diversity in their gut microbiota, even when their liver disease is less severe.

A team of researchers in Japan wanted to know more about the gut microbiota of patients with HCV, and what effect, if any, progression of HCV had on gut bacteria.

Earlier research has shown that dysbiosis affects liver disease in a number of ways, including nonalcoholic fatty liver and nonalcoholic steatohepatitis.

To investigate the relationship, the researchers looked at fecal samples from 166 chronic HCV patients and compared those samples to samples from 23 healthy patients. Those samples were examined via analyzed using 16S ribosomal RNA gene sequencing.

Among the HCV-infected patients, researchers noted lower bacterial diversity compared to the healthy control patients. HCV patients’ gut microbiota showed a decrease in the order Clostridiales and an increase in Streptococcus and Lactobacillus. Even patients in the persistently normal serum alanine aminotransferase (PNALT) phase of the disease showed evidence of dysbiosis. Inoue said that suggests dysbiosis is a result of HCV, rather than a pre-existing factor.

The study, “Effects of direct anti-viral agents on the gut microbiota in patients with chronic hepatitis C,” was published online in the Journal of the Formosan Medical Association. 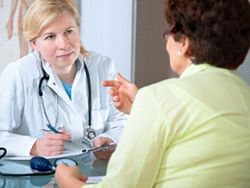 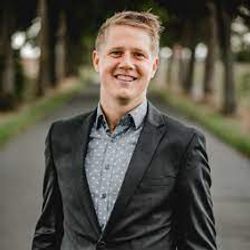