Despite its frequent use as a rescue therapy for patients with interstitial lung disease associated with connective tissue disorder, the effectiveness of rituximab hasn't been evaluated in many clinical trials. 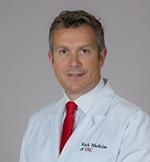 Rituximab and cyclophosphamide are both used as options for treating patients with severe or progressive connective tissue disease (CTD) associated with interstitial lung diease (ILD), but which therapy is best? According to new research, investigators compared the 2 because rituximab hasn't neen studied in a clinical trial setting.

The team, led by Toby Maher, PhD, Division of Pulmonary, Critical Care, and Sleep Medicine, Keck School of Medicine, University of Southern California, conducted an evaluation of the effects of each treatment on adults between the ages of 18-80 years diagnosed with severe or progressive ILD related to scleroderma, idiopathic inflammatory myositis, or mixed CTD.

Is Rituximab Superior to Cyclophosphamide?

Patients were recruited across 11 specialist ILD or rheumatology centers in the UK to participate in the randomized, double-blind, double-dummy, phase 2b clinical trial to determine if rituximab is superior comapred to cyclophsphamide in this population. Patients were randomized 1:1 to receive 1000 mg of intravenous (IV) rituximab at week 0 and 2, or to receive 600 mg/m2 body surface area of IV cyclophosphamide every 4 weeks for 6 doses.

The rate of change in forced vital capacity (FVC) at 24 weeks compared with baseline was the primary endpoint. To determine this, investigators used a mixed-effects model with random intercepts while adjusting for baseline FVC and CTD type.

Additionally, the team assessed overall survival, progression-free survival, and time to treatment failure, as well as corticosteroid use. According to the study, all endpoints were analyzed in the modified intention-to-treat population that consisted of all patients who received at least one dose of the study drug.

When evaluating FVC at week 24, investigators observed an improvement in both groups, with an unadjusted mean increase of 99 mL in the cyclophosphamide group, and 97 mL in the rituximab group. For the primary endpoint at 24 weeks, the adjusted mixed-effects model showed a difference of -40 mL between the 2 study groups.

Results demonstrated only a couple of notable secondary endpoint measures: a significant change in GDA score among those in the cyclophosphamide group at week 48 was observed; and improvements in lung function and respiratory-related quality of life was present in both groups.

"Rituximab was not superior to cyclophosphamide to treat patients with CTD-ILD, although participants in both treatment groups had increased FVC at 24 weeks, in addition to clinically important improvements in patient-reported quality of life," investigators concluded. "Rituximab was associated with fewer adverse events. Rituximab should be considered as a therapeutic alternative to cyclophosphamide in individuals with CTD-ILD requiring intravenous therapy."

The study "Rituximab versus intravenous cyclophosphamide in patients with connective tissue disease-associated interstitial lung disease in the UK (RECITAL): a double-blind, double-dummy, randomised, controlled, phase 2b trial" was published in The Lancet Respiratory Medicine.