Ola Landgren, MD, PhD: For reasons we don’t understand, the body makes more kappa than lambda. There is a doubling in kappa compared with lambda concentrations. Also, the half-life is different for the 2, so that also comes into play. But there is a higher concentration of kappa than lambda—also for stains in the marrow, for example. I think for both kappa and lambda, if they are too high they can lead to renal failure. If you use the unit on milligrams per deciliter, if you start going over 100 mg/dL of either kappa or lambda, that’s when you start running into renal failure. Either of the 2 can lead to that. Statistically speaking, lambda is more likely of the 2 to be related to the rare condition AL [amyloid light-chain] amyloidosis. That could be of something to keep in mind if a patient has neuropathy or GI [gastrointestinal] symptoms or bruising or other things, and he’s a lambda secretor. Maybe it could be amyloidosis that needs to be looked up. Or you need to think about fat pad biopsy and things like that.

Simon Murray, MD: Is there any significance in knowing the ratio of those 2 proteins? Is that an old-fashioned thing?

Ola Landgren, MD, PhD: No, not at all. It’s very important to look at the ratio, particularly when you are looking for screening. If you divide kappa by lambda, now it refers to the assay, the Freelite® assay that’s in the IMWG [International Myeloma Working Group] and NCCN [National Comprehensive Cancer Network] guidelines. If the ratio goes outside a reference of 0.26. to 1.65, that’s abnormal. If you repeat that and you see that that’s true, that is actually an indicator that there is a clonal plasma cell population. First you establish that that’s the 1 that’s elevated. Let’s say the ratio is 10—say kappa is 10, and lambda is 1, so the ratio is 10. Kappa would be the 1 to fall over time, so the ratio is an indicator that something is wrong. Now kappa will be the 1 I would follow. If lambda was 10 and kappa was 1, the ratio would be 1 divided by 10, so it’s 0.1 instead, so it’s abnormal. Now I would follow lambda.

Simon Murray, MD: Do you think can you use any of these serum markers to prognosticate the outcome of multiple myeloma?

Ola Landgren, MD, PhD: They are not known to be prognostic for the purpose of treatment response or overall survival. But if you have very high levels, they could be associated with—as we have discussed—renal failure. Which by itself could worsen the overall survival because you now have a new problem and you could limit the delivery of drugs. But the light chains by themselves are not known to be prognostic.

Ola Landgren, MD, PhD: There are other assays available. At our institution we use the Freelite® assay that was developed by the original founder of the free light chain strategy. This is from the Binding Site in the United Kingdom. There are additional other assays out there. I think Siemens Medical Solutions USA, Inc has 1, and there are some others. I have no experience with those. I am aware of some of the literature and all the guidelines are based on the first assay that came out. Of all the guidelines or the thresholds, I mentioned the 100 reference to set the diagnosis of myeloma that is based on the original assay. There has not really been any head to head. I would assume if you use these other assays that there? have to be probably studies to translate, how the 2 compare. Just like euro versus the dollar—those types of things.

Simon Murray, MD: Before I came here, I called 2 hospitals that I work with, and I asked them what assay they use. The pathologist didn’t know at first, but in both cases it was the Freelite® assay.

Ola Landgren, MD, PhD: That’s the 1 that has been used around the world for many years. That’s the first 1.

Simon Murray, MD: Yeah. And it is significant that you want to get the right result for your test. So you want to use something that’s tried and true, I believe.

Ola Landgren, MD, PhD: There are multiple clinical reasons why I want to have the right assay. One is, of course, that it could change the diagnosis. Is it myeloma, or is not myeloma? If the ratio is over 100 or not, it has to be the right assay. Also, for the tracking to make sure that you don’t run into risk for developing renal failure. I mentioned that if you start going over too high of levels with the involved light chains, that could cause renal failure. You want to make sure you don’t run into that. Also, another thing we have not talked about, but if you have a patient with multiple myeloma, if you treat this patient, the protein markers are part of the so-called response evaluation. So you’re looking to see if the monoclonal protein goes down, that would indicate the therapy works and the patient has a good outcome. This is prognostic, of course. The free light chains are part of that also. If they go back to normal, then that would also tell you that the therapy works. And you now know that the patient maybe can step down the intensity. So you want to make sure that you have an assay that accurately tells you how the patient is doing and how to treat the patients.

Simon Murray, MD: Just because they go down to normal, that doesn’t mean they’re gone. That just means they’re below the lower threshold of the test most likely. They’re probably still there, I would guess.

Ola Landgren, MD, PhD: That could be true, but it could also be the other way around. Because with the newer therapies out there, you can actually eradicate virtually all the known detectable cells. We have assays right now where we can rule out 1 cell in a million. I have patients in my clinic, because I specialize in this and I have done it for a long time. I treated it years back, and I followed them. They have been what is referred to as minimal residual disease or, MRD, negative for 5 or more years. I’ve done these tests, and I still cannot find the disease. They start asking me, these patients, “Can I go off treatment? Or do I have to stay on maintenance?” We still don’t know the answer to that. That’s something we are looking into. If the proteins are gone, that would take you into the next level to assess for minimal residual disease status. Is the patient truly negative, or is that detectable residual disease?

Simon Murray, MD: I’d like to go back to the types of assays that there are. As a doctor, do I have to specify Freelite®? assay when I order it, or do I just write free light assay for light-chain assay?

Ola Landgren, MD, PhD: At my institution, when we order any tests, we order that type of test. If I ordered protein electrophoresis—that’s the type of test I order—there are different types of vendors that provide it. That’s true for everything. I’m sure you have the same in your practice. If you do flow cytometry, there are very many different antibodies, for example; for free light chains, it’s the same. At my institution, at the laboratory, medicine would not change to another assay of any kind unless they involved the clinical experts. They will ask my colleagues and me if there were any considerations of changing assays. And we would very carefully look through, and if there was an assay that had limitations, we would say that we cannot do that. At least that’s how our institution works.

Simon Murray, MD: Have you ever heard anybody in your institution ask for a different type of assay?

Ola Landgren, MD, PhD: Oh yeah, that happens all the time and across the board. As I mentioned, we are very focused. I’m sure you are the same. It has to be right. It has to be perfect. We don’t want to have cheaper assays that don’t work. It has to be right if those are the considerations. If there are 2 that are equally good and 1 is more cost effective, of course we will pick that. But the quality always has to be No. 1.

Simon Murray, MD: Quality and also changing products might present a problem because of the way they’re calibrated and things like that. If you change 1 assay to another, it’s hard to interpret the results from 1 to the other, you know?

Ola Landgren, MD, PhD: Yeah, of course. Another example is in flow cytometry that we have done for myeloma. We were developing minimal residual disease assays using flow cytometry of the bone marrow. There were initiatives done in Europe when they applied 2 tubes with 8 color flow cytometry. For every patient you had to run 2 tubes. It’s very inefficient. We want to do 1 tube per patient. That would double up the capacity. Then we had to do work where we did the old 2-tube assay, the so-called euro flow assay, for every patient. We did a separate single tube 10 color assay. And then we had to show reproducibility and also sensitivity and specificity. And we showed up with this much more improved efficacy, double efficacy, we could capture the same information. Then we could abandon the old 2 tube assays. So it takes a lot of work. That took us about 6 to 12 months to do all this. Every time you have a new assay you have to do this work.

Simon Murray, MD: Yeah, I find something interesting about medicine is that even doctors, but particularly patients, when they get a result of a test, they hang on to that number like it’s from God. Like it’s the truth. Like there could be no possibility that there is an error in that laboratory value. My experience with that is that it’s rather interesting, you know, why is my serum sodium 3.5 mmol/L [AB1] today; yesterday it was 3.6 mmol/L. And that brings up the question of why it’s important to have assays that are consistent. At least you’re eliminating 1 variable. Your sodium is 3.4 mmol/L and 3.5 mmol/L because your body is different every day. I understand that, but the patient may not. But where there are variations because of difference in test techniques, that’s extremely important, particularly in cancer patients.

Ola Landgren, MD, PhD: Absolutely. I agree with that.

Simon Murray, MD: It would be wise to stick to the same assay, the 1 that works, it would seem to me. 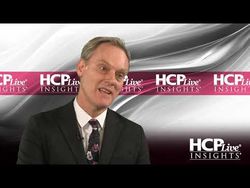 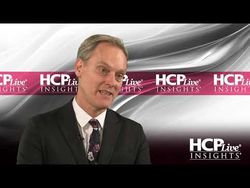 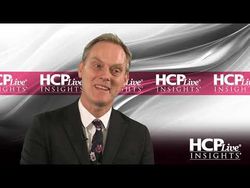