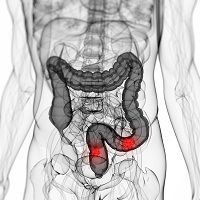 Researchers, however, discovered an anomaly of a striking incidence of obese patients with colon cancer.

Scientists from Mount Sinai Hospital, Toronto, Canada, recently published research in the journal Cell Metabolism, about their work on mice models that highlights this potential association, while indicating the detrimental impact a new generation of weight-loss drugs could have on the biological after-effects of gastric procedures.

While gut hormones and bile acids aid in digestion, some, such as glucagon-like peptide-2 (GLP-2), could also be used in gut-growth, stimulating cell division in the intestines.

As such, researchers identified a new role for another gut hormone, glucagon-like peptide-1 (GLP-1). They found that increasing the activity of GLP-1 could effectively increase or decrease the incidence of intestinal tumors in mice, though its impact would vary from mouse to mouse.

Daniel Drucker, MD, endocrinologist at Mount Sinai Hospital’s Lunenfeld-Tanenbaum Research Institute, Medical Professor at the University of Toronto, and the study’s lead author, said, "For many years, people focused on GLP-1 as a beta cell growth factor, and some investigators raised questions about the possibility of pancreatic cancer.” Recent research had clearly highlighted the role GLP-1 plays in intestinal growth.

Drucker continued, "No previous studies to date have linked long-term use of GLP-1-based drugs with increased rates of cancer; however, we think patients with a previous history, or increased risk, of colon cancer may not be ideally suited for these therapies.”

Drucker and his team were cautiously studying the long-term safety of new investigational drugs in clinical development for diabetes and other metabolic diseases, which lift GLP-1, GLP-2, and bile acids. They noted that depending on treatment dose and duration, it was possible for drugs targeting the glucagon receptor to increase circulating levels of GLP-1, GLP-2, and bile acids.

"We're pretty conservative about not overstating the potential clinical relevance of our studies done in mice, but mouse data always generate a hypothesis, and my hypothesis would be that if you have increased levels of gut-growth molecules, I would consider following up with regular colonoscopies for the appropriate patients,” concluded Drucker.