Considering the Facts of Sunscreen

Marketed sunscreen in the US is a bit more regulated than in other countries. But are those regulations helpful? 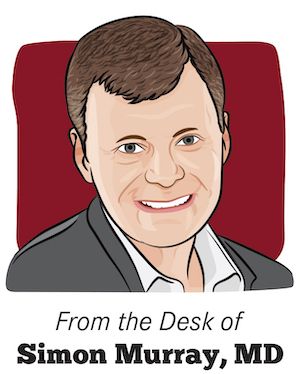 The US Food and Drug Administration (FDA) has made some new recommendations about how manufacturers should test and label sunscreens in the US. Sunscreens are regulated as over-the-counter drugs and not cosmetics, giving the FDA jurisdiction on how they are manufactured and sold. But in most countries, sunscreens are considered cosmetic.

Over the years, the FDA has made various recommendations about sunscreens. They’ve provided the methodology used to determine SPF, they’ve called for the removal of certain components like padimate A, and adding avobenzone and zinc oxide as active ingredients. They even published a listing in 2007 of 16 ingredients proven to be generally recognized as safe and effective (GRASE).

They’ve allowed products to have no more than 50 SPF, and they’ve limited what could be printed on the labels as being waterproof or capable of providing “all day protection.”

Sunscreen use has increased dramatically since the 1970s, when they were mainly used by vacationing beachgoers. There was little concern about potential teratogenicity of sunscreens because of the limited use. As doctors became more aware of the dangers of excessive sun exposure. they began to recommend that patients apply sunscreen more regularly, and for longer periods of time. Increased exposure potentially increased the risk of causing harm to the skin.

In order to increase SPF factors, manufacturers have made sunscreen ingredients more potent and more effective at penetrating the skin. This led to concern regarding teratogenicity. In Europe and other countries, sunscreens contained ingredients which were felt to be more safe anf effective at filtering out UVA and UVB light. These products were unregulated as cosmetics, and could not be sold in the US.

Ultraviolet light is invisible to humans, but inflicts potentially lethal damage to the DNA in people’s skin cells with its 2 types of rays. UVA rays causes a different type of skin damage— mainly driving skin aging and wrinkles.

The FDA currently mandates an SPF between 15-60. The SPF number tells you how long the sun’s UV radiation would take to redden your skin when using the product exactly as directed, versus the amount of time without any sunscreen. So ideally, with SPF 15, it would take you 15 times longer to burn than if you weren’t wearing sunscreen.

Studies have shown that the higher the SPF, the greater protection against skin cancer, with SPF of 60 being the minimum recommended by many dermatologists. Under ideal conditions, a sunscreen with higher SPF protection and broad-spectrum coverage offers more protection against sunburn, UVA damage, and DNA damage than comparable products with lower SPF values.

But no amount of SPF will protect the skin unless it is applied at least every 2 hours. No current American sunscreen product should be considered waterproof, so the sunscreen need be reapplied after bathing. Wearing sunscreen with high SPF gives a false sense of security and people tend to stay out longer in the sun than they would otherwise.

Additionally, evidence continues to mount that UV protection may not be enough to completely protect skin. Sun-blocking agents like Titanium oxide or iron oxide provide additional protection than agents that just block out UVA and UVB light. Staying in the shade and wearing protective clothing adds additional protection.

In 2014, US Congress enacted the “The Sunscreen Innovation Act,” mandating the FDA study sunscreen from Europe and elsewhere for safety and efficacy, in order to improve products sold in the US. Those ingredients which were proven to be safe and effective were to be added to the list of approved GRASE components. The FDA was given until 2019 to come up with their assessment and make recommendations.

Although several manufacturers made suggestions to the FDA, none were approved.

In February, 2019 the FDA announced their new proposed guidelines regarding sunscreens. According to then-commissioner Scott Gottlieb, MD, the arsenal of preventive tools against skin cancer and sun damage hadn’t been properly updated in decades.

“Since the initial evaluation of these products, we know much more about the effects of the sun and about sunscreen’s absorption through the skin,” he said at the time. “Sunscreen usage has changed, with more people using these products more frequently and in larger amounts.”

The dozen other agents previously ruled GRASE don’t have enough data to make any recommendation. They don’t say they are not safe—only that they need more study. For now, they can continue to be sold.

The findings also drove the FDA to raise the proposed maximum proposed SPF value be raised to 60. Additionally, manufacturers cannot claim their products to be waterproof or sweat proof.

Today, on May 1, Hawaii became the first state to pass a bill banning the sale of sunscreen containing chemicals believed to harm coral reefs. The legislation prohibits the distribution of sunscreens containing the chemicals oxybenzone and octinoxate that scientists have found contributes to coral bleaching when washed off in the ocean. The Hawaii sunscreen bill now awaits the signature of the governor, with the new rule potentially going into effect in 2021.

Though there are safe options on the US sunscreen market, the new guidelines are troubling. They leave us wondering about the 12 ingredients that they claim don’t have enough data to evaluate. Some of those ingredients were once proven to be highly effective at blocking UVA and UVB.

But until further data is submitted, their use will be in limbo. Maybe it’s best to stay in the shade this summer.

Simon Murray, MD, is an internist based in Princeton, NJ. The piece reflects his views, not necessarily those of the publication.Healthcare professionals and researchers interested in responding to this piece or contributing to MD Magazine® can reach the editorial staff here.