In chronic obstructive pulmonary disease, it may be easier to reduce deaths than to curb readmissions for acute episodes. 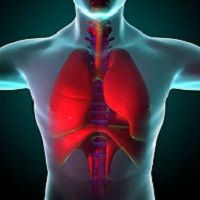 Researchers in British Columbia found that providing comprehensive individualized care for patients admitted to the hospital for acute exacerbation of chronic obstructive pulmonary disease (AECOPD) did not reduce readmission rates, but did reduce mortality. The study was conducted by Simon Adamson of the Centre for Heart Lung Innovation at St. Paul’s Hospital at the University of British Columbia, and colleagues. It was published on January 5, 2016, in Dove Medical Press.

This study was undertaken to determine whether or not an individualized care package delivered to an urban population of AECOPD patients would impact readmission rates at 30- or 90-days. Mortality rate was a secondary outcome measure. Participants were drawn from two inner-city hospitals, St. Paul’s and Mount St. Joseph’s, both in British Columbia. A nurse practitioner, a respiratory therapist, and a physiotherapist worked together to assemble and deliver the care packages, which were individualized and based on patient needs, and consisted of four stages: initial contact, postdischarge phone call, a home visit, and continued care.

There were a total of 462 patients in the study, with 271 in the control group which did not receive a care package, and 191 who did receive the care package. The researchers took into account any history of mental illness or substance abuse, along with more common demographic information.

The primary outcome measure of readmission rate was no different for the two groups: “The average time to first readmission was ~30 days and was not significantly different between the two groups.” Interestingly, the 90-day readmission rate for women who received the care package was reduced, leading the researchers to suggest that “females were more sensitive” to the care packages. However, when all-cause mortality was examined, the control group “was found to have significantly increased all-cause mortality compared with the care package group with a hazard ratio equal to 2.455.”

This study was limited by the retrospective design, the high rates of mental illness and substance abuse among the participants, and the fact that each care package was “purposely unique.” The researchers concluded, “ We suspect that better and earlier recognition of exacerbations, improved self-management techniques, and availability of an Outreach Team for improving day-to-day disease management in the community could have contributed to the beneficial effects” of