The adverse effects of corticosteroids have underscored a need to eliminate the drug from treatment regimens. 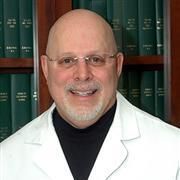 A study found that corticosteroid withdrawal among low– to moderate–immune risk kidney transplant recipients was associated with long-term safety.

Nevertheless, the adverse effects of corticosteroids have long been of concern and reason to attempt elimination of the drug from treatment regimens.

Therefore, the study, led by E. Steve Woodle, MD, College of Medicine, University of Cincinnati, Ohio, evaluated a prospective, multicenter, randomized double-blind placebo-controlled trial in order to compare long-term outcomes in patients who continued or withdrew from corticosteroid use in their post-operative regimen.

The study consisted of 28 kidney transplant centers in the United States and included 386 low- to moderate-immune risk adult recipients.

Recipients also had no delayed graft function or short-term rejection in the first week post-transplant.

At baseline, patients were randomized 1:1 to receive tacrolimus and mycophenolate mofetil with or without corticosteroids 7 days after transplant.

The main outcomes sought by Woodle and colleagues were kidney allograft failure from any cause (including death) as well as allograft failure censored for patient death, which the investigators defined according to the requirement for long-term dialysis or repeat transplant.

The mean age of the trial population was 46.5 years, and median follow-up time was 15.8 years.

As such, results demonstrated there was minimal to no overall difference in outcomes between treatment groups.

These results were consistent with an analysis among the 223 patients who continued trial-assigned treatment of corticosteroid withdrawal (n = 114) or corticosteroids (n = 109) through at minimum of 5 years post-transplant.

The investigators further compared the outcomes of the trial participants with contemporary patients in the Organ Procurement and Transplant Network (OPTN) registry who likely would have been eligible for the trial and received similar immunosuppressive treatment.

“Although these findings are reassuring, they are based on observational data and may be subject to residual confounding,” qualified the investigators.

They also acknowledged they were unable to determine long-term differences in nonfatal outcomes such as cardiovascular disease, diabetes, infections and metabolic bone disease.