COVID-19 Lockdown Having an Impact on Adolescent Mental Health

Investigators expect an increase in demand for mental health services for young people in the coming years. 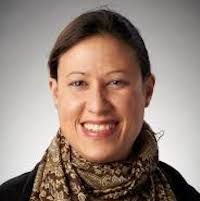 With much of the US forced to remain at home instead of work or school since March, it is unknown what the mental health impact of the coronavirus disease 2019 (COVID-19) might be on school-aged children.

A team, led by Dr. Maria Loades, clinical psychologist from the Department of Psychology at the University of Bath, established how loneliness and disease containment measures could impact the mental health of both children and adolescents.

For the last few months the majority of children and adolescents in the US are experiencing a prolonged state of physical isolation from their friends, as well as teachers, extended family, and community networks.

While quarantining adults has generally led to negative psychological effects, including confusion, anger, and post-traumatic distress, it is unknown how these measures have impacted children.

In the rapid review, the investigators examined articles published between 1946-2020, with 20% of articles double screened using a predefined criteria and 20% of data double extracted for quality assurance.

The team found a total of 83 articles that met their inclusion criteria, with 63 studies reporting the impact of social isolation and loneliness on the mental health of previously health children and adolescents (n = 51,576; mean age, 15.3). Of the included studies, 61 were observational, 18 were longitudinal, and 43 were cross-sectional studies assessing self-reported loneliness in health children and adolescents.

In addition, 1 of the studies was a retrospective investigation following a pandemic and 2 of the studies evaluated interventions. Each study had a high risk of bias, but longitudinal studies were of better methodological quality. The studies were mainly from the US, China, Europe, and Australia, but also included studies conducted in India, Malaysia, Korea. Thailand, Israel, Iran, and Russia.

Overall, the investigators found that social isolation and loneliness increased the risk of depression, as well as the possibility of anxiety at the time of loneliness, which was measured between 0.25-9 years later. The duration of loneliness was strongly correlated with mental health symptoms than the intensity of loneliness.

The investigators found young people were as much as 3 times more likely to develop depression in the future due to social isolation, with the impact of loneliness on mental health lasting up to 9 years later.

“Children and adolescents are probably more likely to experience high rates of depression and probably anxiety during and after enforced isolation ends,” the authors wrote. “This may increase as enforced isolation continues. Clinical services should offer preventative support and early intervention where possible and be prepared for an increase in mental health problems.”

The investigators said the study should direct policymakers to expect a rise in demand for mental health services from younger people in the next few years,

The study, “Rapid Systematic Review: The impact of social isolation and loneliness on the mental health of children and adolescents in the context of COVID-19',” was published online in the Journal of the American Academy of Child and Adolescent Psychiatry.