New data from phase 3 of the ORCA-2 trial found that adults treated 3 times daily with cytisinicline were more inclined to quit smoking cigarettes.

Today, Achieve Life Sciences announced positive topline data on cytisinicline from phase 3 of the ORCA-2 trial, which indicated that participants who received 12 weeks of cytisinicline treatment were 6.3 times more likely to quit smoking during the last 4 weeks of treatment compared to those who received placebo.

The ORCA-2 trial evaluated the efficacy and safety of 3 mg cytisinicline in 3 daily doses for a period of 6-weeks or 12-weeks compared to placebo in 810 adult smokers. Most participants were an average of 54 years old and smoked roughly 20 cigarettes per day at baseline with a median smoking history of 38 years and 4 prior attempts at quitting.

“Cytisinicline demonstrated impressive efficacy for smoking cessation compared to placebo in this trial, the first large randomized clinical trial conducted in a U.S. population,” said Dr. Nancy Rigotti, Professor of Medicine at Harvard Medical School, and Principal Investigator of ORCA-2. “The trial is also notable as the first one to test the long-term efficacy of a new cytisinicline dosing schedule that has not previously been tested in a large population.”

In a press release issued by Achieve Life Sciences, CEO of the pharmaceutical company John Bencich found the results of the ORCA-2 trial to be “extremely encouraging”, adding that the trial confirms that “cytisinicline, if approved by the FDA, has the potential to become the first new agent approved in nearly 2 decades and an important treatment option for smoking cessation, which is much needed given the limitations, particularly the significant side effects associated with existing agents.” 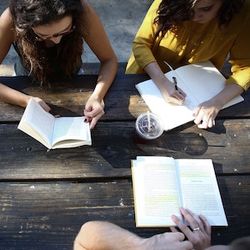