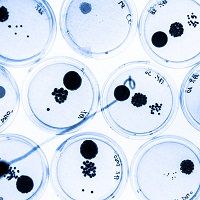 According to findings presented in Scientific Reports, researchers from Nanyang Technological University in Singapore used the soil bacteria known as Clostridium sporongenes in its dead form to destroy colon tumor cells.

The researchers noted that traditional cancer therapies like chemotherapy or radiation are not generally effective for colorectal cancer patients because of the reduced blood flow and lack of oxygen and nutrient flow to the tumor area. This is due to these therapies’ reliance on oxygen molecules to damage the DNA of the cancer cells and use of the blood flow to transport therapeutic drugs to the tumor.'

Instead, the researchers were able to demonstrate that the dead soil bacteria killed the tumor cells in an oxygen-depleted tumor microenvironment. The investigators used a 3D cell culture, which was artificially created — most experiments are done on flat surfaces, like in a petri dish.

“We found that even when the C. sporogenes bacteria is dead, its natural toxicity continues to kill cancer cells, unlike the conventional chemotherapy drugs which need oxygen to work,” study leader Professor Teoh Swee Hin explained in a statement. “While other research groups have experimented with bacteria therapy to destroy cancer cells, the biggest problem is that live bacteria will grow and proliferate, posing a high risk of infection and increased toxicity to patients. As the bacteria were already killed by heat, there was no risk of the bacteria multiplying and causing more harm than the desired dose meant to kill colorectal cancer cells.”

The researchers believe that this finding will open the door to similar treatments being tested, especially because bacteria therapy is harboring interest as an alternative to traditional therapies. The investigators hope to study the specific components of the bacteria to identify what mechanisms kill tumor cells and eventually develop them into usable therapy, such as cancer drugs.