Drug that treats dementia shows promise in reducting falls in people with Parkinson's. 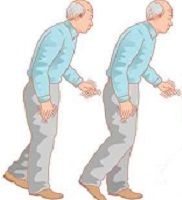 Falls are a common and serious problem for people with Parkinson’s disease. A new study out of the United Kingdom shows there may already be a treatment to reduce the risk.

People with Parkinson’s are often unsteady when walking as a result of the degeneration of dopamine-producing nerve cells that are part of the disease. They also have lower levels of acetylcholine, which a chemical that helps concentration.

A recent study published online in the January 12 issue of Lancet Neurology, found that rivastigmine, an acetylcholinesterase inhibitor commonly used to treat dementia, may reduce the risk of falls in people with Parkinson’s disease.

According to the Parkinson’s Disease Foundation, Parkinson’s disease affects 1 million people in the U.S. and 7 million worldwide. Seventy percent of those who have the disease fall at least once per year, and 30% will fall multiple times, often resulting in fractures, broken bones, and hospital admissions.

A team of researchers at conducted a phase 2, randomized, double-blind, placebo-controlled trial of rivastigmine in 130 Parkinson’s patients at the NHS Trust Hospital in Bristol, UK. Half of the patients took rivastigmine twice a day for eight months while the others took a placebo. The team measured step time variability while walking normally, walking while concentrating on naming words with a single letter, and walking while naming words, alternating between two letters, to test gait while concentrating on other tasks.

At week 32, those who took the drug were steadier when walking, as shown by improved step time variability. They also showed a 45% decreased risk of falls. There was no significant difference in gait while focusing on other tasks between the two groups.

"We already know that rivastigmine works to treat dementia by preventing the breakdown of acetylcholine, however our study shows for the first time that it can also improve regularity of walking, speed, and balance. This is a real breakthrough in reducing the risk of falls for people with Parkinson's,” said Dr. Emily Henderson, a research fellow at the University of Bristol School of Social and Community Medicine.

Besides finding a cure, preventing falls and improving balance is considered “the biggest unmet need” for people with Parkinson’s, their caregivers, and health care providers, according to Arthur Roach, PhD, Director of Research at Parkinson’s UK, which sponsored the study.

"This trial shows that there may be drugs already available, being used for other purposes, that can be tested to help treat Parkinson's. This takes us a step closer to improving the quality of life and finding better treatments for people with Parkinson's,” said Roach.