Diabetes: Getting a Jolt from the Cold 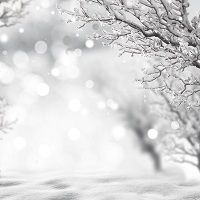 It’s getting colder outside. People are beginning to worry about coughs and runny noses, but there’s another side to this weather: a new study has reviewed how exposure to cold temperatures could reduce the risks of type 2 diabetes.

“Although the exact underlying mechanisms are still not fully understood in humans, exercise and mild cold exposure provide strong intervention strategies for the prevention and treatment of type 2 diabetes mellitus,” the lead author, Patrick Schrauwen, PhD, and his colleagues wrote. Schrauwen is a professor in the Department of Human Biology and Human Movement Sciences at Maastricht University in the Netherlands and on the staff of its Diabetes and Metabolism Research Group.

Because obesity is the major risk factor for type 2 diabetes, weight loss is a good strategy for increasing insulin sensitivity, Schrauwen and his research team explained. The problem is it’s difficult to obtain and maintain sufficient weight loss by exercise, they wrote. Consequently, more recent obesity research has focused elsewhere. “…Enhancing energy metabolism per se can counterbalance the metabolic consequences of obesity and…increasing energy turnover is an important target in the prevention of obesity-related metabolic disturbances, such as insulin resistance,” they wrote.

Their review showed that extreme cold had the most impact because environmental temperature has a major effect on energy expenditure by the whole body and cells. They also found mild cold exposure was more feasible and still could make a difference.

A physiological adjustment called NST (Non-Shivering Thermogenesis) creates energy to stimulate body heat to combat changes in temperature. Subjects exposed six hours a day to 57 to 59 degrees Fahrenheit for 10 days showed an increase in NST of 65%, according to a previous study, which the authors cited.

Schrauwen and his team also wrote that other researchers in an earlier study found that staying overnight for one month in a bedroom with a temperature of 63 degrees Fahrenheit increased insulin sensitivity by an average of 43%. In that study the researchers were looking at the role of brown fat tissue in glucose metabolism.

There are factors in these processes that cannot yet be fully explained and should be the subject of further research, the authors wrote.

The study by Schrauwen and his colleagues was published in the November issue of Diabetologia.

Obesity Plus Diabetes Equals Diabesity and Some States Have it Bad