The AMA appealed to Congress to spare those with DACA status from deportation.

Fearing that the Trump administrations’ plans for restricting immigration could significantly reduce the numbers of physicians practicing in the United States, the American Medical Association (AMA) has appealed directly to Congress.

In a letter written February 6, the AMA asked Congress to support a bipartisan bill that would protect the thousands of International Medical Graduates (IMGs) and medical school students in the US. Reports have shown that one of every four practicing physicians in the US is an IMG and are more likely to work in low-income, underserved communities and other areas with physician shortages.

The bill, “Bar Removal of Individuals who Dream and Grow our Economy Act,” (BRIDGE Act) was designed to provide “provisional protected presence to qualified individuals who came to the United States as children”.

The AMA refers to these as “dreamers” and asks that those who already have Deferred Action for Childhood Arrivals (DACA) status be spared from deportation.

Offering legal status to DACA-eligible individuals for three years would give them the opportunity to apply for protected legal status and work authorization while the legislation worked to implement a permanent solution for “lawful immigration status”.

The medical community has felt a significant impact from DACA, Madara said.

According to the Association of American Medical Colleges, 61 US allopathic medical schools considered applications from students with DACA status for 2016-2017 academic years. One study even predicted that the few decades could see nearly 5,400 previously ineligible individuals enter the US physician workforce courtesy of DACA protection.

Monday’s letter followed last week’s letter from the AMA to the Trump administration asking it to clarify the immigration executive order. AMA members hoped the “reliable system for vetting people from other nations,” would not impede patients’ access to timely medical treatment from international medical graduates who had already been granted visas to practice, train, or attend medical conferences in the US.

IMGs are licensed by the same tough requirements as graduates of US medical schools.

The AMA urged the administration to carefully review any and all action related to DACA status as these individuals positively shape the future of health care in the US. “DACA recipients should be able to continue to study and work without fear of being deported,” Madara concluded. 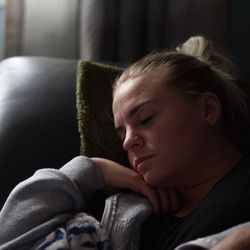