Researchers say a billion-dollar US government program that used abstinence-only education to fight the spread of human immunodeficiency virus (HIV) succeeded in one sense: It proved abstinence-focused programs donâ€™t work. 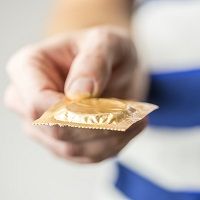 Researchers say a billion-dollar US government program that used abstinence-only education to fight the spread of human immunodeficiency virus (HIV) succeeded in one sense: It proved abstinence-focused programs don’t work.

Former President George W. Bush announced the US President’s Emergency Fund for AIDS Relief (PEPFAR) in 2003 and it launched the following year. The goal was to reduce the risk of HIV through education, specifically with programs focusing on abstinence, marital fidelity, and limiting the amount of sexual partners. But even a hefty price tag couldn’t spell success for certain messages, as described in Health Affairs.

A study conducted by researchers at the Stanford University School of Medicine analyzed the impact of PEPFAR. The primary finding from the analysis consisting of nearly 500,000 people from 22 countries was summed up by the lead author Nathan Lo, MD/PhD student at Stanford, “Overall we were not able to detect any population-level benefit from this program.”

A requirement of this program was that at least one-third of the funds go towards abstinence and “be faithful” programs. So instead of educating on condoms and HIV transmission, the message was simply to not have sex. A total of $1.4 billion was spent on these programs over the years, and this approach has been highly controversial, as expected.

“Changing sexual behavior is not an easy thing. These are very personal decisions,” continued Eran Bendavid, MD, an assistant professor of medicine at Stanford. But this requirement was eliminated in 2008 when President Barack Obama came to office.

At the start of the program, there was a five-year, $15 million investment to prevent and treat AIDS in 15 countries. Granted, the program as a whole has not been a wash. Bendavid conducted a study in 2012 that showed that PEPFAR saved 740,000 lives in nine targeted countries during the first four years of the initiative.

Although many lives were saved with the program, the abstinence and marital fidelity portions did not reduce the age that people started having sex or limit the number of sexual partners. It didn’t help reduce teen pregnancy either.

In another study, also recently published in Health Affairs, researchers found that PEPFAR’s budget increased each year from 2004 to 2011. However, it began to decline slightly in 2012 and 2013 and took a big plunge during the next year.

The Stanford researchers agree that funding should be put toward initiatives that are proven to work. “When individuals make decisions about sex, they are not typically thinking about the billboard they may have seen or the guy who came by the village and said they should wait until marriage. Behavioral change is much more complicated than that,” Bendavid said.

So is PEPFAR working so far? Well, the proof is in the numbers when it comes to the number of lives spared from the disease. But if the main message of the program is to abstain from sex, consider it money going down the drain.