Dormant viruses dodge the immune system, and although these viruses donâ€™t actively replicate, the problem is that they also donâ€™t produce a chemical signal which would tell the antiretroviral therapy (ART) to attack them. 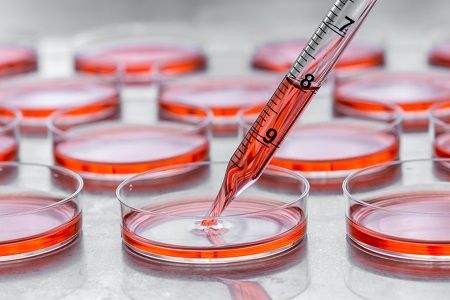 Antiretroviral therapy (ART) is used to stop the human immunodeficiency virus (HIV) from copying itself. Dormant viruses dodge the immune system, and although these viruses don’t actively replicate, the problem is that they also don’t produce a chemical signal which would tell the ART to attack them.

Another problem is that dormant proviruses are able to become active again — which is even more of a concern for patients who stop their ART. Researchers from the Johns Hopkins University School of Medicine conducted a genome analysis in order to determine how these dormant proviruses could be steering other investigators off track when it comes to finding an HIV cure.

“To cure HIV, you want to get rid of the proviruses without defects. But our work shows that the standard assays used to do that are measuring forms of the virus that are not really relevant to these cure strategies,” Robert Siliciano, MD, PhD, an infectious disease physician and molecular biologist at Hopkins, said in a news release.

The team fully sequenced the dormant HIV provirus genomes from 19 people on ART for HIV, as described in Nature Medicine. The participants ranged in age from 20 to 76, had various races, and all had been on ART for at least eight months. They were categorized by when they began ART, either less than 100 days after infection or more than 180 days after.

The findings indicated “that even in patients who start treatment very early, the only widely available method to measure the reservoir of dormant HIV in patients is mostly counting defective viruses that won’t cause harm, rather than those that can spring back into action and keep infections going.”

More than 90% of the dormant viruses don’t function — as a result of genetics or mutations. Right now, polymerase chain reaction (PCR) tests are used to count proviruses, however, this research shows how that is problematic.

First author Katherine Bruner, a graduate student in Siliciano’s laboratory, explained, “Most of us in the field assumed that the initial pool of latent proviruses, immediately after infection contained entirely functional copies of the virus, so we also assumed that PCR — at least for patients treated with ART early in the course of infection – would mostly be counting proviruses that had the ability to cause disease again.”

But a PCR-based approach is picking up on defective proviruses, which means it isn’t giving an accurate count. Therefore, researchers need new ways to accurately count proviruses that are non-damaged and not dormant. Having the precise count will allow for improved experimental therapies.

When the results were compared to those gathered from using PCR and quantitative viral outgrowth assay (QVOA) methods, PCR overestimated the dormant reservoir by a median of 188-fold for those who had been on ART for more than six months and 13-fold for those who began ART earlier. On the other hand, QVOA underestimated by a median of 27-fold and 25-fold, respectively.

Not only can this help researchers understand PCR and QVOA results, but it can also help develop more accurate methods.