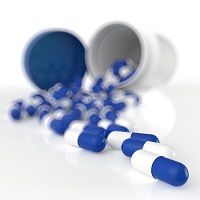 Researchers from Washington University School of Medicine in St. Louis studied 468 patients aged 60-years or older with treatment resistant depression in order to assess the safety and efficacy of aripiprazole, and to test its association with a higher probability or remission. The participants were recruited from 3 centers in the United States and Canada and were assigned to receive the addition of aripiprazole 10 mg daily or placebo for 12 weeks.

In prior studies, the researchers explained, younger patients who added aripiprazole to their treatment plans demonstrated decreased symptoms when the antidepressant alone was not effective.

In the current study, researchers demonstrated that the same was true for older patients: those who added aripiprazole saw their depressive symptoms reduced.

“This is a rare study because it looks at depression specifically in older adults,” study co-author Dr. Benoit Mulsant, MD, explained in a press release. “It’s important to treat older adults effectively, especially given that adults with late life depression are at an increased risk of developing dementia. Our research demonstrates that older adults respond to treatment for depression.”

“We know that in older adults with depression, about half will not respond to medication,” first author and principal investigator Eric J. Lenze, MD, continued. “They may have a minimal response, but they’ll still be depressed. The question we wanted to answer was whether there was anything else we could do for them.”

The study authors added that weight gain and metabolic problems, traditional side effects that they expected to see, were not present in this study.

“Antipsychotic medications can cause increasing amounts of fat and thereby increase blood sugar, potentially contributing to diabetes,” Lenze said. “But compared with placebo, aripiprazole was no more likely to produce increased fat in these patients and had no effect on blood sugar, insulin or lipids.”