Dupilumab (Dupixent) scored well in a phase 3 CAFÉ study of AD patients who are inadequately treated with, or are intolerant to, cyclosporine A (CSA), Sanofi and Regeneron Pharmaceuticals announced.

Dupixent, combined with topical corticosteroids (TCS) significantly improved measures such as disease severity, skin clearing, itching, and overall quality of life in patients not aided by CSA — an AD treatment approved in most European countries, but not the US.

Though Dupixent was approved by the US Food and Drug Administration (FDA) for moderate-to-severe AD in adult patients this March, it is awaiting decision on its Marketing Authorization European Commission’s (EC). In July, it was given a positive opinion by the Committee for Medicinal Products for Human Use (CHMP).

Serving as a single, 300 mg subcutaneous injection treatment given every 2 weeks after an initial 600 mg dose for AD, dupilumab is also being considered for a litany of other conditions. It is being jointly developed by Sanofi and Regeneron, and studied in trials for uncontrolled asthma (phase 3), nasal polyps (phase 3), and eosinophilic esophagitis (phase 2).

The results overwhelmed versus the placebo group, which reported a 30% EASI-75 rate.

Dupixent functions by targeting 2 cytokines (IL-4, IL-13). The cytokines are considered by researchers to be the “key to treating AD,” Akinlade said.

“The track of improvement we’re seeing with dupilumab is unprecedented,” Akinlade said.

Breakthrough therapy is of particular significance for a difficult condition such as dermatitis. The irritability and intractableness of the disease can even lead patients to suicidal behavior, Akinlade said.

“Patients who suffer from atopic dermatitis suffer a lot,” Akinlade said. “They have an itch that’s intractable. It’s incessant. They cannot sleep at night. They cannot have meaningful relationships with others.”

AD patients undergoing dupilumab trials have given testimonies that the treatment was “life changing,” Akinlade said, with one mother telling doctors that she had never seen her daughter with clear skin until undergoing the therapy.

Though itch and quality of life improvements were secondary endpoints in the phase 3 trial, there were notable improvements among patient groups. As measured by the pruritus Numerical Rating Scale, patient-reported itch improved 52% and 54% from baseline in patients taking the therapy weekly or every 2 weeks, respectively. Placebo patients reported just 25%.

Through the Dermatology Life Quality Index (DLQI), 78% and 88% of patients taking therapy weekly or every 2 weeks, respectively, reported at least a 4-point improvement in quality of life from baseline.

As it grows in US markets and aims for European approval, dupilumab remains an actively investigated drug by its founders. Akinlade hopes it will become an important treatment among doctors.

“We’re at the cusp of a revolution in the treatment of many of these inflammatory conditions,” Akinlade said.

Emerging Agents for the Treatment of Atopic Dermatitis 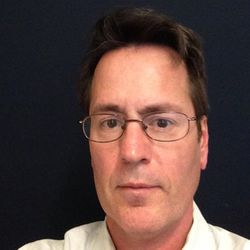