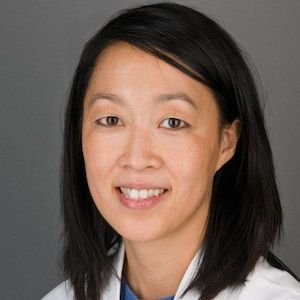 B-VEC therapy was developed by modifying a herpes simplex virus type 1 (HSV-1) vector, within which 2 copies of the COL7A1 coding sequence were placed. The gene delivery system transcribes this viral DNA, translating it into C7 leading to secretion into the extracellular space.

The research’s summary was written by Aimee S. Payne, MD, PhD, from University of Pennsylvania, Philadelphia’s Center for Cellular Immunotherapies. The study summarized was led by Shireen Guide, MD, from the Children’s Hospital of Orange County, California, and Isin Sinem Bağcı, MD, from Stanford School of Medicine.

“The HSV-1 viral genome does not permanently integrate into host DNA — it is diluted with each cell division,” Payne wrote. “Therefore, the therapeutic effects of B-VEC are transient, and for long-term disease control, repetitive administration would be required.”

This gene delivery system works by transcribing this viral DNA and then translating it into C7 protein, which leads to secretion outside of the cell membrane and builds up the anchoring fibrils of the skin.

The modifications made to the HSV-1 vector modifications limit hosts’ inflammatory responses, in addition to preventing the usual viral replication of HSV-1.

Repeated administration of this therapy is necessary, as the viral genome does not integrate into its host’s DNA permanently due to the dilution that occurs through each cell division.

The trial assessed the data of 31 dystrophic epidermolysis bullosa patients, including 1 patient with the dominant form of the condition and 30 with the recessive.

The results of the phase 3 trial demonstrated that about 70% of the wounds of 31 dystrophic epidermolysis bullosa patients closed by 6 months, including the single patient with the dominant form of the condition.

The reported 70% wound closure rate was compared to those in the placebo arm of the study, whose rate of closure was only about 20%.

The investigators also noted that patients given B-VEC therapy showed 50% wound healing durability, which was defined by the team as complete closure by both 3 months and 6 months. This was compared to only 7% of those given the placebo.

The article, “Topical Gene Therapy for Epidermolysis Bullosa,” was published online by the New England Journal of Medicine.