UK researchers who surveyed the literature on treating epilepsy with multiple drugs found the combination of valproate and lamotrigine appears most promising, but note that much research needs to be done to find the right therapies for individual patients, 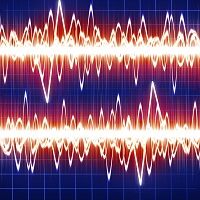 According to a recent survey of existing literature, the most reliable evidence supports the use of valproate and lamotrigine. But more research needs to be done in order to understand which drug combinations and in what doses work best for patients with epilepsy who require polytherapy.

Ehasan M. Sarhan, of the UCL Institute of Neurology in London, UK, and colleagues completed the survey.

The results were published in the Journal of Neurology Research in December 2015.

Often, monotherapy is sufficient to control seizures in patients with epilepsy. However, when monotherapy fails, a combination of antiepileptic drugs (AED) can improve seizure control and tolerability. There is little evidence showing which combination of AEDs works best. The researchers conducted an extensive search of various bibliographic databases and concluded that “although promising results from the experimental point of view support the combinations of topiramate separately with lamotrigine, gabapentin and felbamate, the most reliable evidence supports the use of valproate and lamotrigine, as this combination generates encouraging results in animal models.”

The researchers point out “Whenever patients have taken two or more drugs simultaneously, there is the potential of some kinds of pharmacodynamic interaction.” Such interactions can be “additive, supra-additive or infra-additive.” Experimental and clinical studies have attempted to determine the therapeutic effects of various AEDs. The researchers report, “Definitive data supporting the existence of additive or supra-additive pharmacodynamic interactions are difficult to find.”

They did, however, find some evidence that lamotrigine with valproate could have “some clinical benefit.” Two separate studies seemed to support the use of the two drugs together. Other studies seemed to indicate that levetiracetam “has been proved a favorable agent with the best responder rate (efficacy measure) and withdrawal rate (mainly tolerability measure)” when used as an AED.

Studies that examined the retention rates of add-on therapies found that “levetiracetam was best (56%)” which led the researchers to theorize that “levetiracetam is either more efficacious or better tolerated, or both.” Topiramate, at 30%, was the next most retained AED, “despite its having the highest incidence of adverse effects.” Furthermore, “several studies on specific AED combinations have showed side effects.” Chorea, ataxia, weight gain, and hepatic toxicity were all noted as possible side effects from various combinations.

The researchers caution, “the results of experimental studies on animals have to be transferred with caution to the clinical arena,” but add that “in many cases, there is a good correlation between clinical and experimental data.”