The nasal spray was shown to reduce relapse in patients who achieved remission or stability after 16 weeks of treatment plus antidepressant. 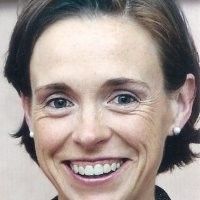 The randomized clinical trial data from manufacturer Janssen Research and Development—led by Ella J. Daly, MD, of the company’s Department of Neuroscience&mdash;indicates esketamine is superior to standard antidepressant therapy in delaying relapse in patients with TRD.

Spravato was approved as the first novel therapy indicated for TRD in 3 decades, in March 2019. The glutamine receptor modulator is characterized by its fast-acting benefits, wherein it restores patients’ synaptic connections between neurons. That said, it has also been marked as a potentially addictive, harmful substance that should be managed strictly by prescribing physicians, due to ketamine’s dissociative effects and addictive traits.

To the team’s knowledge, this is the first study assessing for—and evidencing&mdash;esketamine nasal spray’s preventive effects for relapse in patients with TRD. The findings combat the oft-cited concern that randomized withdrawal trials increase the rate of depression in observed patients once switched to placebo.

“In this study, although there were a high number of relapses in the first month in those switched to placebo nasal spray, it is unlikely that a pharmacologic withdrawal effect contributed, given that the decrease in esketamine plasma concentrations is rapid for the initial 2-4 hours and more gradual thereafter (mean terminal half-life, 7-12 hours), with steady state never reached with intermittent dosing,” Daly and colleagues wrote.

Rather, they believe that early relapse in patients discontinuing esketamine is more associated with patients already vulnerable to relapse, and not any “withdrawal or rebound phenomenom.”

Current clinical interest surrounding esketamine nasal spray and ketamine therapy, though, is in its immediate benefits. In an interview with MD Magazine®, Dan Iosifescu, MD, associate professor of Psychiatry at the NYU School of Medicine, said he sees the therapy as means to buy psychiatrists time for therapies that may be “effective in the long run.”

“For me as a psychiatrist, the fact that you can have a very quick resolution of severe depressive symptoms, and also other studies including ours show that even people who don't have depression but have severe suicidal ideation can get better quickly—that's huge,” Iosifescu said.

Still, investigators concluded their new findings demonstrated clinically meaningful superiority in relapse prevention for esketamine plus antidepressant. It also added to the evidence showing a positive benefit-risk ratio in patients taking the treatment over a longer period of time.

The study, “Efficacy of Esketamine Nasal Spray Plus Oral Antidepressant Treatment for Relapse Prevention in Patients With Treatment-Resistant Depression,” was published in JAMA Psychiatry.