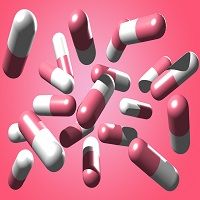 Taking estrogen in combination with their traditional treatment helped female patients with multiple sclerosis (MS) avoid relapses, according to findings from a clinical trial published in Lancet Neurology.

Researchers from the University of California, Los Angeles observed 164 MS patients in order to determine the effects of estrogen treatment in reducing MS relapse. The MS patients were aged 18 to 50 years old and were assigned to either receive 8 mg daily oral estrogen or a placebo in combination with injectable glatiramer acetate 20 mg daily. The patients were on this treatment for 24 months and then assessed using the Expanded Disability Status Scale.

Before the study, the researchers believed that increased estrogen in the blood during pregnancy might play a role in suppressing a women’s immune system so that the fetus is not rejected as a foreign object, since it has the father’s DNA, too, they explained. This benefit of pregnancy would be especially important for MS and other autoimmune diseases, they thought. These beliefs were consistent with their findings.

“The beauty of estriol is that it is not a shot and can be taken in pill form, and also that it's not a new drug. It has decades of safety behind it,” said lead author Dr. Rhonda Voskuhl. “Also, current MS treatments are very complex to manufacture. These findings hopefully will pave the way for oral, safe treatments that are more widely accessible, since estriol is simple and naturally occurring.”

In the study, estrogen was able to reduce the ability of the immune system to attack the brain while also making the brain more resistant to damage if it was attacked. The estrogen treatment also improved cognition in the cohort.

The estrogen group of women had between 33 to 50% fewer relapses than the placebo group. When their estrogen levels were the highest, the researchers found, cognitive function improved and there was less atrophy of the brain area related to cognition. The only side effect of the estrogen treatment was irregular menstruation cycles.

Since there is no FDA approved treatment for MS that improves disabilities, the researchers hope that in their next trial, they are able to replicate these findings. Using estrogen to treat MS would require FDA approval.