Lisdexamfetamine dimesylate, a medication approved for ADHD treatment, was assessed for its efficacy in managing binge eating disorder. In some doses, this approach was effective in 4-week binge eating cessation. 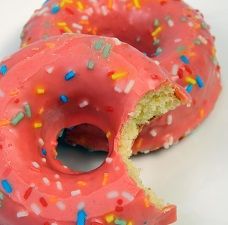 Lisdexamfetamine dimesylate, an attention deficit hyperactivity disorder (ADHD) drug, was recently assessed for its potential use as a treatment for binge eating disorder (BED), according to research published in JAMA Psychiatry.

Researchers from the Research Institute, Lindner Center of HOPE in Mason, Ohio compared some doses of lisdexamfetamine dimesylate with placebo in adult participants with moderate to severe BED in order to examine the safety and efficacy of lisdexamfetamine dimesylate as a treatment of BED. Lisdexamfetamine dimesylate is a dextroamphetamine prodrug, the researchers noted. The patients were randomized to receive either 30, 50, or 70 mg/ d or placebo and were observed between May 2011 and January 2012. The patients received titrated doses across 3 weeks and were maintained for 8 weeks. The researchers followed up with patients for an average of 7 days after the final dose. There were 259 and 255 adult participants with BED included in the safety and intent to treat analyses, respectively.

The researchers assessed the change in binge eating (BE) behaviors measured as days per week, from baseline through week 11. They also examined BE cessation for 4 weeks in a secondary measurement.

“Lisdexamfetamine dimesylate treatment with 50 and 70 mg/ d, but not 30 mg/ d, demonstrated a significant decrease (compared with placebo) in weekly BE days per week at week 11,” the authors concluded. “Similarly, BE episodes decreased in the 50- and 70 mg/ d treatment groups. The one week BE episode response status was improved in the 50- and 70 mg/ d treatment groups, and a greater proportion of participants achieved 4 week cessation of BE episodes and global improvement of symptom severity with all lisdexamfetamine dosages. Confirmation of these findings in ongoing clinical trials may results in improved pharmacologic treatment for moderate to severe BED.”

The US Food and Drug Administration (FDA) has not yet approved any pharmacologic treatments for BED, the authors noted. BED itself is a public health problem that is associated with psychopathological symptoms, obesity, and possibly with metabolic syndrome, the investigators continued.