There is growing clinical evidence that inflammatory bowel disease (IBD) can have significant pulmonary manifestations and may be more effectively treated with a multi-specialty approach. 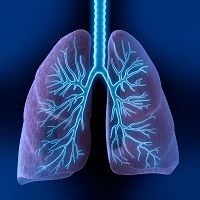 A review paper in Archives of Medical Science shows the growing clinical evidence that inflammatory bowel disease (IBD) can have significant pulmonary manifestations and may be more effectively treated with a multi-specialty approach.

IBD is an umbrella categorization for two distinct diseases: ulcerative colitis (UC) and Crohn’s disease (CD). The etiology of both conditions is still poorly understood, though it is generally thought that the condition results from an inappropriate immune response to physiologic gut flora in a genetically susceptible host. Both versions have some unique clinical features, but in about 10% of patients a clear differential diagnosis is not possible.

Among the potential pulmonary manifestations of IBD are tracheobronchial involvement and, less commonly, IBD-related interstitial lung disease. “Differential diagnosis should always consider infections (mainly tuberculosis) and drug—induced lung pathology,” the reviewers noted. “The common link between intestinal disease and lung pathology is unknown, but many hypotheses have been proposed. It is speculated that environmental pollution, common immunological mechanisms and predisposing genetic factors may play a role.”

Among the more interesting findings of the review:

The review also examined other forms of potential respiratory complications for IBD patients and some potential links between IBD and lung disease. “Tracheobronchial and pulmonary lesions are relatively rare, but recently more and more frequently recognized extraintestinal manifestations of IBD,” the authors concluded. “Such a possibility should always be kept in mind in the case of unusual clinical symptoms and radiological signs... Greater awareness of possible pulmonary manifestations of IBD among both gastroenterologists and pulmonologists may enable better clinical vigilance and form a platform for future research on the common pathological pathways and mutual connections in this area of interest.”