The indication expands the marketed use of the atypical antipsychotic drug to be used with antidepressants in adult patients. 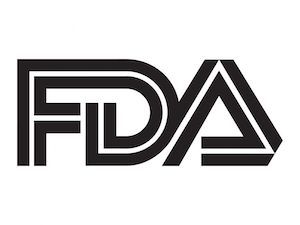 The US Food and Drug Administration (FDA) has approved cariprazine (VRAYLAR) as an adjunctive treatment with antidepressant therapy for major depressive disorder.

The approval, granted to AbbVie on Friday, is the latest indication for cariprazine in the US market, following prior approvals to treat adults with depressive, acute manic and mixed episodes associated with bipolar I disorder, as well as schizophrenia.

The oral, once-daily atypical antipsychotic therapy was supported for this latest indication by findings from a pair of clinical trials—one of which was a randomized, double-blind, placebo-controlled trial involving 751 participants across the US and Europe. Investigators had randomized patients with inadequate clinical response to antidepressant therapy to 1 of 3 treatment groups following a 14-day screening period. Patients received either 1.5 mg or 3 mg once-daily cariprazine, or placebo, plus antidepressant, over 6 weeks.

Patients treated with cariprazine 3 mg cariprazine additionally reported improved MADRS total score versus the placebo arm at 6 weeks, but did not meet statistical significance. The drug was additionally well tolerated in each treatment arm.

In an interview with HCPLive regarding the phase 3 findings while at the American Psychiatric Association (APA) 2022 Annual Meeting in New Orleans this May, study author Gary Sachs, MD, associate professor of psychiatry at Massachusetts General Hospital, discussed the value of cariprazine as an “interesting compound” in psychiatry.

“What’s happened as we as a field have learned how to use (standard antidepressants), we’ve gotten comfortable moving patients from one to another—even though, for instance, the STAR*D results show us that the law of diminishing returns happen almost immediately,” he said. “To have some drugs now with proven efficacy added on to the standard drugs to take away that forced choice…now we have another kind of option, and I can say to a patient, ‘This has been proven to have efficacy for the diagnosis you have.’”

In a statement accompanying the approval, István Greiner, PhD, research and development director at co-developer Gedeon Richter, described cariprazine as the product of a comprehensive psychiatric pharmaceutical strategy.

“When we were in the early stages of development for cariprazine, we focused on designing a compound that covers a range of symptoms for mental health conditions and affects the dopamine D3 receptor," Greiner said. "While schizophrenia and bipolar manic and mixed episodes were the first indications in the U.S. market, we are thrilled to see the full potential of cariprazine unlocked with approvals in bipolar I depression, and now, as an antidepressant adjunct in major depressive disorder."