Dupilumab is the first treatment in the US indicated for adults and pediatric patients over 12 years with EoE.

Today, the Food and Drug Administration (FDA) approved dupilumab (Dupixent) for the treatment of eosinophilic esophagitis (EoE) in adult and pediatric patients 12 years and older weighing at least 40 kg.

With this approval, dupilumab is the first treatment in the US indicated for EoE, a disease estimated to affect more than 300,000 patients in the US.

Currently, dupilumab is the only biologic medicine to show positive, clinically meaningful phase 3 results in patients with EoE.

The efficacy and safety of Dupixent in EoE was studied in a randomized, double-blind, parallel-group, multicenter, placebo-controlled trial consisting of two 24-week treatment periods that were conducted independently in separate groups of patients.

Earlier in April, the FDA accepted for Priority Review a supplemental biologics license application for dupilumab for the treatment of adults and pediatric patients 12 years and older with EoE.

“It is very exciting that we now have the first FDA approved treatment option specifically for patients with eosinophilic esophagitis, and one that is targeted to an underlying cause of this disease,” said Evan Dellon, MD, MPH, University of Northern Carolina School of Medicine.

“Treatment for patients with eosinophilic esophagitis can be challenging, particularly with no previously approved medications. Now, patients and their doctors have a treatment option available as part of their management plan that has the potential to control symptoms, improve inflammation, and heal the changes in the esophagus caused by this progressive and burdensome disease.” 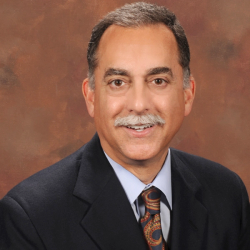