The approval is based on data from 2 clinical trials showing the agent improved the rate of post-operation patients avoiding sickness by 50%.

The US Food and Drug Administration (FDA) has approved aprepitant injectable emulsion (APONVIE) for the prevention of postoperative nausea and vomiting in adult patients.

The new approval makes the Heron Therapeutics agent the first and only intravenous (IV) form of aprepitant indicated for preventing nausea and vomiting in patients who underwent surgery. The single, 30-second, 32 mg IV injection dose has been shown to provide therapeutic plasma concentrations for ≥48 hours, according to Heron—providing an efficient response to increased risk of post-operative nausea and vomiting associated with 36 million surgeries conducted annually in the US.

Heron’s application to the FDA was supported by the results from a pair of multicenter, randomized, double-blind clinical trials comparing oral aprepitant to standard-care IV ondansetron injection, in patients at risk of post-operative sickness following open abdominal surgery. In the 48 hours following surgery, aprepitant was associated with 50% fewer patients vomiting than ondansetron. The oral form of the drug was also associated with a favorable tolerability and safety profile.

Approximately 3 in every 10 patients receiving general anesthesia experience post-operative sickness, which is among the greatest drivers of patient dissatisfaction with surgical procedures. It’s also associated with increased hospital stays and prolonged procedure recovery, Ashraf Habib, MBBCh, MSc, MHSc, chief of the division of women’s anesthesia at Duke University Hospital, said in a statement.

“Oral aprepitant has been used to prevent postoperative nausea and vomiting for more than 16 years and it is exciting to see that, with the approval of APONVIE, physicians can now offer patients a more convenient IV injection that delivers the same effective treatment, with a 48-hour duration of effect, in a rapid, consistent and reliable way, ensuring a better experience for patients postoperatively,” Habib said.

Barry Quart, PharmD, chairman and chief executive officer of Heron, said the new approval provides clinicians an “easy to use, highly effective option for these patients that fits seamlessly into our acute care franchise.” 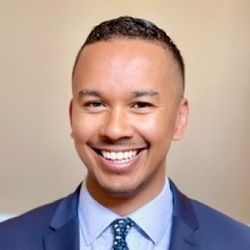