Should drug sales reps be allowed to routinely tell doctors FDA warnings are groundless? Consumer Group Public Citizen is urging the feds to shelf a proposal to allow pharma companies "free rein" in what they say to providers about FDA warnings. 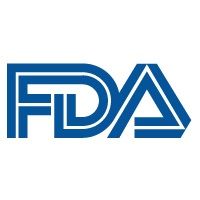 Consumer Activist Group Public Citizen is urging the US Food and Drug Administration (FDA) to back down on a plan to allow drug makers to tell physicians when they believe an FDA drug label overstates potential hazards.

The proposal is a June 6, 2014, guidance that would allow pharma companies to “give drug companies free rein to tell doctors that a medication is less dangerous than the FDA has concluded and is stated on the approved labeling," Public Citizen writes in a letter sent today to Health and Human Services Secretary Sylvia Burwell.

The FDA has asked for comments on the proposal.

Those companies in favor of the change are asserting their First Amendment rights to free speech.

According to Public Citizen, of 322 drug industry comments only 6 were in favor of the guidance. But those included major law firms and organizations representing the pharma industry.

The consumer group questioned why the FDA has not posted most of the comments at www.regulations.gov. The group obtained the full roster of remarks posted so far through Freedom of Information Act requests.

On its site, the group posted several of the comments. A typical consumer comment said, “This is a misguided FDA proposal that could result in physicians relying not on approved warning labels but on information provided by drug companies that may be more concerned with profits than patients.” Another comment said, “Drug reps stretch the truth more than enough.” Another questioned whether physicians could still trust the FDA.

According to Reuters, which first reported the Public Citizen letter, HHS announced it will respond to the letter and has no specific timetable for completing its review of the comments on the proposal.