The National Pre-Pandemic Influenza Vaccine Stockpile has been storing vaccines for particular pandemic-potential viruses since 2005. 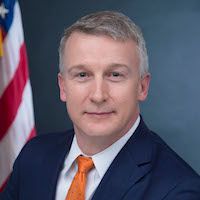 Influenza (flu) vaccine stored up to 12 years as part of the US Department of Health and Human Services’ pandemic readiness plan is safe and immunogenic, a study has found.

BARDA was established as part of HHS to help secure the US from pandemic influenza, among other threats.

“Our goal was to build and maintain a stockpile of vaccines for emerging influenza viruses considered to be high risks to public health,” Bright told MD Magazine®. “The study results mean that if a particular type of influenza, H5N1, became a pandemic, clinicians and the public can feel confident that this vaccine is safe and provides some protection from the viral infection.”

BARDA began pre-pandemic influenza vaccine procurement in 2005 for vaccines that would provide protection against emerging avian influenza H5N1 viruses posing a significant pandemic threat. The antigen and adjuvant components are stored in refrigerated in bulk containers at the influenza vaccine manufacturers’ FDA-approved facilities.

The team focused on the strain that, at the time, had the highest risk of causing severe sickness and death in humans if it were to become easily transmissible from person to person, Bright said.

“It was produced using the same methods as the FDA-approved seasonal influenza vaccines.” Bright said. “However, seasonal vaccines are stored for 1 year or less, and the H5N1 vaccine has been stored since 2005.”

More than 400 healthy adults aged 18-49 years old were enrolled at 6 US clinical sites between March 2016 and April 2017. The study then tested how well 2 doses of vaccine, designed to protect against a single virus strain, stimulated their immune systems and how well the vaccine was tolerated.

“We measured whether vaccinated people developed antibodies that block the ability of H5N1 virus to infect cells in a test tube,” Bright said. Vaccinated people who have enough of such antibodies in the blood are likely to be protected from viral infection or severe illness.

The study also looked for potential adverse events. The most common symptoms were injection site pain, headache, fatigue, and myalgia.

Investigators reported the stockpiled vaccines were tolerable, adverse events were generally mild, and patients reported no drop in immunogenicity to the oldest vaccine. VN1203 vaccine was also more effective when combined with an adjuvant known as MF59.

“Without adjuvants, vaccines for influenza viruses like H5N1 often required a large amount of antigen to stimulate the desired levels of antibodies,” Bright said.

By adding adjuvant, the researchers decreased the amount of antigen needed—by 12 to 24 times&mdash;to produce an immune response as they also increased the ability to block viruses that have some mutations.

“That’s a significant difference and will allow the antigen to be used to vaccinate more people if an H5N1 pandemic occurs,” Bright noted.

Since 2005, the rapid mutation of H5N1 viruses has sparked the stockpiling of other vaccines. Bright noted that, in 2014, BARDA added vaccine against the H7N9 avian flu virus that emerged in China.

Regarding the H5N1 vaccine, Bright noted that up to 20 million people could be vaccinated with it—including healthcare workers, law enforcement officers, and first responders.

Bright said his team has worked with the private sector using such technologies.

“As new influenza strains emerge and infect people, we will continue to work with private industry to make antigens against them in case vaccines would be needed,” he said.

In the meantime, BARDA will continue to test and monitor the vaccines in the NPIVS.