Frozen vs. Fresh Fecal Transplantation: Is There a Difference in Effectiveness? 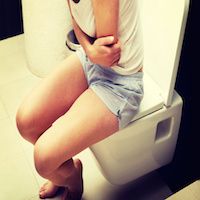 What does this mean?

The latest findings published in JAMA indicate that frozen FMT could be a reasonable treatment option for adult patients with recurrent C. diff.

Experts had discovered restoring protective colonic microbiota through FMT was an effective method producing high cure rates via enema. However, they did understand this approach could be limited purely by logistic difficulties when preparing fresh material.

Frozen material, on the other hand, has a few advantages:

· Less expensive with reduction in number and frequency of donor screenings

According to Preeti N. Malani, MD, MSJ, and Krishna Rao, MD, MS, University of Michigan Health System, Ann Arbor, “The ability to use frozen stool eliminates many of the logistical burdens inherent to FMT, because stool collection and processing need not be tied to the procedure date and time. This study also provides greater support for the practice of using centralized stool banks, which could further remove barriers to FMT by making available to clinicians safe, screened stool that can be shipped and stored frozen and thawed for use as needed. In theory, procedure costs may also be decreased, since comprehensive donor screening is expensive.”

Through the course of the study, 219 patients were included in the modified intention-to-treat (mITT) population and 178 were involved in the per-protocol population.

The team concluded, “ In this clinical trial, the use of frozen FMT compared with fresh FMT for the treatment of recurrent or refractory CDI was non-inferior in terms of efficacy; findings for frozen FMT and fresh FMT were similar in terms of safety. Given the potential advantages of providing frozen FMT, its use is a reasonable option in this setting.”