Good gut bacteria function is inhibited in Crohnâ€™s disease (CD) patients by genetic variations, which can cause inflammatory flare-ups, according to findings published in the journal Science. 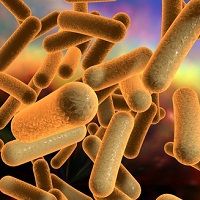 Good gut bacteria function is inhibited in Crohn’s disease (CD) patients by genetic variations, which can cause inflammatory flare-ups, according to findings published in the journal Science.

Researchers from Cedars Sinai studied the beneficial effects of Bacteroides fragilis bacterium in mouse models as well as human specimens to examine the role that some bacteria play in disease management.

Bacteroides fragilis bacterium is one of billions of gut microbiota and was negatively impacted by variations in the ATG16L1 gene, the researchers said. Plus, the genetic variations increased the risk of developing CD. The bacteria were inhibited from performing a critical function: suppressing inflammation in the intestinal lining.

“Bacteria historically have been regarded as an enemy of the body, but more recently we have been identifying bacterial types that seem to be beneficial to health, especially in the case of inflammatory bowel disease,” co author Dermot McGovern, MD, PhD, FRCP (LON) said in a press release. “This study is very important because it identifies a completely novel mechanism through which these genes may lead to an increased risk of developing Crohn's disease.”

The study authors added that because as few as a third of CD patients achieve remission through targeted immune system drugs, the findings of this study could pave the road to improving treatment while identifying patients who could respond best to bacteria manipulation treatment therapy. The statement called this study a “critical step” for taking steps toward specific therapies that offer more effective and individualized treatments for these types of patients.

“This study significantly advances the knowledge base for physicians treating patients with Crohn's disease,” Shlomo Melmed, MB, ChB executive vice president, Academic Affairs, and dean of the medical faculty at Cedars Sinai, concluded in the statement. “It also exemplifies the multidisciplinary endeavors under way at Cedars-Sinai to translate basic science discoveries to meaningful help for patients enduring the various challenges of inflammatory bowel disease.”