Since 1968, deaths from gun violence have totaled more than 1.5 million. Is this public health concern now an epidemic?

Another gun-related tragedy has struck the United States, this time in the form of a school shooting in Florida. In light of a previous gun-related tragedy—in Las Vegas, Nevada, on October 1, 2017—an editorial published online in JAMA Internal Medicine discussed the loss of life due to gun violence in the US, describing it as the cause of an epidemic, which appears to be continuing.

Written by Howard Bauchner, MD, Frederick Rivara, MD, MPH, and Robert Bonow, MD, MS, among others, the editorial highlighted the concern about gun violence's effect on the public health, noting that the issue, seen through the eyes of a physician, is not merely a political discussion but a discussion about a public health crisis.

The editorial also described the impact that physicians could have on the death toll accumulated as a result of gun violence since 1968 - a number totaling more than 1.5 million. The authors stated, "the key to reducing firearm deaths in the United States is to understand and reduce exposure to the cause, just like in any epidemic, and in this case that is guns."

According to the authors, the biggest impact of preventable gun violence is suicide, noting that gun-related suicide attempts are successful more than 90% of the time. When compared to other methods, such as cutting or pill ingestions, it’s almost the opposite, as they are unsuccessful more than 90% of the time. According to a 2002 study published in The British Journal of Psychiatry, the majority of those who attempt suicide but survive do not end up dying from a later attempt.

“As we point out in the editorial, 61% of gun deaths are suicides,” Rivara (pictured) told MD Magazine. “Every physician who has a depressed patient in their office needs to think about suicide risk and should ask about firearms in the home. In addition, among those with assault-related gunshot wounds, a prior study done by Rowhani-Rahbar and myself showed there was a very high risk of recidivism. This is an issue that primary care physicians need to contend with.”

Rivara added that currently, the solution to preventing gun-related suicide among at-risk patients is a mystery, but that physicians should be required to have suicide assessment training. In the state of Washington, that is currently a requirement.

Studies have been conducted on the impact of guns on public health - on gun use in terror attacks, gun violence exposure’s effect on children, firearm laws and their relationship to firearm homicides, and others, were published just in 2017.

This was noted by Bauchner, Rivara, and Bonow, but the limits placed on science to conduct these studies by the US Congress have impeded progress, resulting in a “64% decline in the number of firearm studies per million citations in SCOPUS between 1998 and 2012.”

One example of such impediment comes from a 2017 research letter done by Ted Alcorn, MHS, MA, detailing trends in research publications about gun violence. He noted the Centers for Disease Control and Prevention’s research into firearm injuries, which began in the 1980s but dwindled, with its spend eventually falling 96% by 2012, to the point that the agency stopped researching the topic. This downslide occurred due to a 1996 ruling from Congress banning the agency from advocating or promoting gun control in its research.

Alcorn’s letter also referenced a 2013 Institute of Medicine report that stated: “the scarcity of research on firearm-related violence limits policymakers’ ability to propose evidence-based policies that reduce injuries and deaths and maximize safety.”

While laws may hinder the research that can be done in relation to gun violence and its impact on the public’s health, there are currently are no legal issues preventing physicians from asking about guns in the home, and subsequently (and appropriately) counseling patients, according to Rivara.

“Physicians should be counseling about safe storage of guns, which has been shown to be effective in reducing the risk of firearm deaths among youth,” he said. “In addition, physicians need to be active in addressing what is an enormous public health problem.”

Thinking of gun violence as a health epidemic is not a viewpoint that is commonly expressed. Epidemics are viewed by the public as sickness and illness, but rarely as something non-biological. This makes addressing gun-related violence as a public health concern difficult. Especially, Rivara noted, since the physician’s role is to assess and treat public health.

“All physicians, but especially pediatricians, are concerned with diseases and injury prevention,” Rivara said. “We think about the major issues affecting the health of the public. When we do so, it is impossible to ignore the public health issue of gun-related injuries and deaths.”

Every day, 100 people in the US die from gun-related violence, something Rivara noted needs to be a focus. Getting physicians involved in the screening process of gun purchases may be a solution, but of course, more research is needed to know for sure.

“We need to develop some interventions and test them for both feasibility and effectiveness,” Rivara said. “This is where research is so important. We don't want to promote an activity that is not effective.” 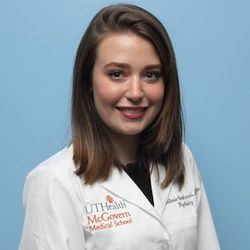 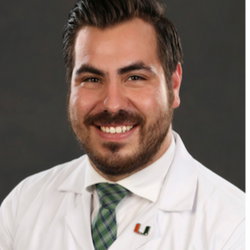