Hallucinations Not the Only Predictor of Schizophrenia

Onset of schizophrenia may not be predicted by hallucinations alone. 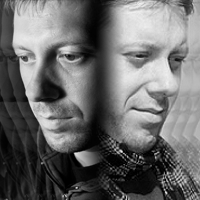 Onset of schizophrenia may not be predicted by hallucinations alone, according to a study published in the journal Schizophrenia Research.

Researchers from University of North Carolina Health Care evaluated nearly 1,000 patients from two cohorts of the North American Prodrome Longitudinal Study in order to develop a symptom severity classifier to improve psychosis risk prediction. In the first cohort of about 300 patients, the researchers examined which symptoms appeared to be the most predictive of psychosis over a 2-year follow up period in the patients who experienced attenuated psychosis symptoms.

The researchers found that suspiciousness and unusual thoughts were the most predictive factors of psychosis in these patients. Suspiciousness and unusual thoughts were described as “feeling of being watched” or “seeming like others were talking about” the person, while knowing that it “can’t really be true,” or fixating on coincidences that were unrelated in reality. Another type of this predictive factor included seeing “signs” in certain experiences or having a distorted sense of time, the researchers explained in a statement.

“The earlier people are identified and receive treatment when they develop schizophrenia, the better their prognosis,” one of the study’s first authors Diana Perkins, MD, explained in the release. “If we can identify people at high risk for psychosis we can then develop interventions to prevent the development of schizophrenia and the functional declines associated with it.”

In the second cohort of about 600 patients, the researchers duplicated the classification system and found that their hypothesis was confirmed.

However, seeing shadows, hearing knocking noises, but knowing that these experiences are “not real” were all not predictive of psychosis. Neither were hallucinations. These symptoms were common in patients who developed psychosis, but were equally as prevalent in patients who did not develop psychosis.

“In terms of assessing psychosis risk, I think this study shows we need to be emphasizing the person’s thought process, and appreciate that perceptual disturbances may not be a specific early warning sign,” Perkins said. “I think that will affect how we develop our diagnostic system in the future for people who are at high risk for psychosis.”